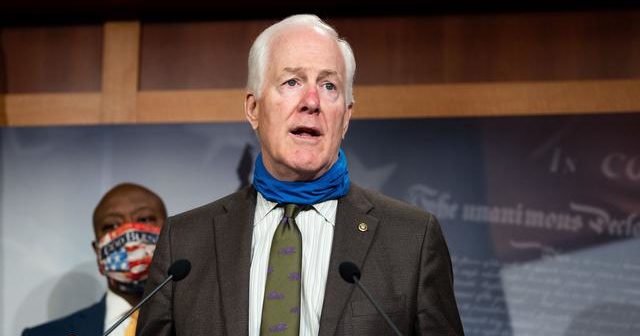 U.S. Sen. John Cornyn suggested Thursday that President Donald Trump could have better balanced his initial response to the coronavirus pandemic between trying to keep calm and providing reliable information to the public.

Cornyn made the comments during a conference call with Texas reporters when asked about the recent revelation that Trump intentionally downplayed the seriousness of the pandemic. It came out earlier this week that Trump told as much to journalist Bob Woodward for a forthcoming book, saying he did not want to create a panic.

Cornyn nonetheless lauded the Trump administration for its initial actions on the pandemic, including China travel restrictions that he instituted in January.

“The truth is … we’ve learned a lot about this virus that we didn’t know when it first showed its ugly head, and I think the administration, through their coronavirus task force, has tried to be as transparent as they can,” Cornyn told reporters. “But I guess I can understand on a human level why the president did not want to panic the American people and felt like he should try to calm fears rather than to stoke them.”

Earlier, Cornyn reportedly had a different perspective on Trump’s reported comments to Woodward for his book, “Rage,” which is due out Tuesday.

“I don’t have any confidence in the reporting, so I’m not going to comment,” Cornyn told CNN reporter Manu Raju, who noted that Trump’s remarks to Woodward were recorded.

During the afternoon call with reporters, Cornyn did not raise any concerns about the credibility of the reporting on the comments.

Cornyn is up for reelection in November, and his Democratic challenger, MJ Hegar, seized on his initial reaction to Raju.

“It’s on tape, John. Stop trying to diminish confidence in our press,” Hegar tweeted. “It looks like you got the memo back in March to downplay the pandemic too. Now nearly 200,000 Americans are dead.”