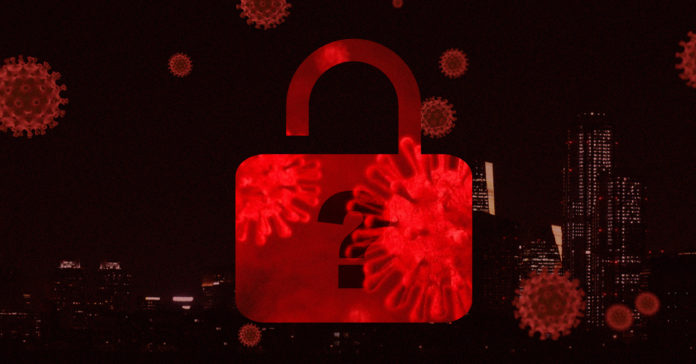 The last seven days have been the worst for Texas since the pandemic began. A White House report puts the Lone Star State and 17 other states in a coronavirus “Red Zone.” The unpublicized document originally published by the Center for Public Integrity in Washington D.C., urges a return to more stringent protective measures, limiting social gatherings to 10 people or fewer, closing bars and gyms and asking residents to wear masks when outside their homes.

Despite the red zone report, there are some signs of a turn toward the better.

A check of the COVID-19 Tracking Project shows an ever so slight bend in the all-important rate of hospitalizations.

The flattening is even more apparent in the hospitalization data from the Texas Department of State Health Services.

As for new cases, they are not declining, but they are also not increasing at the same dramatic rate as they were in the first half of July, having held steady in the 10,000 a day range for about the last nine days, except on weekends when the numbers are far lower than 10,000 due to a slower testing pace.

Whether the trends will hold is unknown at this time. And it is certainly not an indication that Texas is out of the woods and people can remove their masks. Much the opposite.

Although he parsed his words carefully enough to leave just a little bit of wiggle room, Gov. Greg Abbott late last week appeared to be taking the new lockdown threat he leveled just a week earlier off the table.

“People are panicking, thinking I’m about to shut down Texas again,” he said in his latest round of TV interviews. “The answer is no. That is not the goal. I’ve been abundantly clear.”

Abbott said a two-week shutdown might slow the spread, but reopening would cause increases, just as in May. He continues to stress that wearing masks is the only way to keep Texans working and get kids back to school.

Abbott has been facing increasing criticism for his pandemic response from both the right and the left. Eight Texas GOP county organizations have voted to censure the governor. He escaped censure by the statewide party over the weekend when the meeting ended without the issue being brought up for discussion.

On the left, the state’s Democratic mayors have called on the governor to do another shutdown, and the Texas Democratic Party has accused Abbott of being reactionary.

“Instead of leading, Greg Abbott continues to wait on the sidelines for a miracle to stop the spread of COVID-19 in Texas. It is killing our families. It’s his responsibility to use the powers vested to him by the Texas Constitution to protect our families and communities. The time for action was months ago. The second-best time is right now,” stated party spokesperson Abhi Rahman.

Abbott closed bars and reduced restaurants to 50% occupancy a few weeks ago. He has also put in place a mandatory statewide mask order for any county with 20 or more COVID-19 cases. He has not wanted to go further.