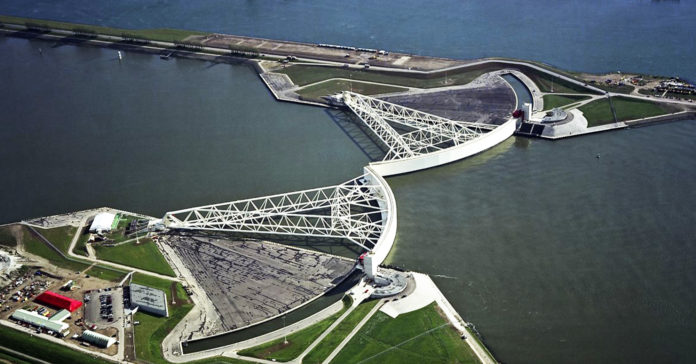 Hurricane Laura has renewed discussion about the need for a coastal barrier to protect Galveston Bay from future hurricanes.

The Ike Dike, an idea that surfaced following 2008’s Hurricane Ike and it’s $30 million of damage, would extend and enhance the existing Galveston Seawall with 71 miles of floodgates and levees and massive gates 30 that would close off Galveston Bay. Galveston Island, Bolivar Peninsula, Houston, the Houston Ship Channel and the port of Houston would all be protected from storm surges. It is the brainchild of Texas A&M’s William Merrill, who says the need is greater than ever to prevent catastrophic damage to areas around Galveston and Houston.

“There have really been no real improvements or progress to prevent hurricane damage since Ike hit,” Merrell said in a Texas A&M Today article.

There are predictions that a Category 5 hurricane making a direct hit on the Galveston-Houston metropolitan area would kill thousands, cause $100 billion in damage, shut down the Houston Ship Channel – one of the country’s busiest ports in the nation — and result in the loss of 500,000 jobs. Like the storm of 1900 in Galveston, it would permanently alter the future of the area.

“The Ike Dike would work, I am sure of it,” Merrell said. “If you stop the storm surge at the coast, you protect everyone – Galveston, Houston, everybody.

Harris County Judge Lina Hidalgo said it should not take a near miss of a catastrophic hurricane like Laura for Texas and national leaders to recognize the urgency of building the Ike Dike.

“We’ll continue to leverage every local dollar to support flood control, but we need national leadership on this issue,” said Hidalgo. “We cannot do this alone. Congress should follow our lead in expediting flood projects, and they must do everything in their power to fund a coastal barrier for Galveston Bay, now. Time is running out.”

The Army Corps of Engineers has estimated the cost of the Ike Dike at about $30 billion.The Corps and Texas General Land Office are finishing a major feasibility study for the Texas coast. Part of that is a coastal surge protection plan for the upper Texas Coast, such as Galveston Bay, that incorporates many of the features of the Ike Dike. It should be out for comment in late October and in final form by next spring. Congress still would have to provide funding and matching local dollars would be needed to make the project a reality.

Gov. Greg Abbott indicated he had discussions about the Ike Dike with U.S. Senator John Cornyn last week when they were together in Orange, Texas to tour damage from Hurricane Laura.

“It certainly is very important, but unfortunately it is a very complex process with a very sophisticated storm surge barrier, but the Army Corps of engineers is not scheduled to release their proposed plan until March of 2021, and then it is really up to local and state officials to say what they want in terms of that plan and how to implement it, and then it is up to the Texas [Congressional] delegation to support that plan,” Cornyn said.

In the meantime, the senator said plans are proceeding on $3.9 billion worth of enhanced levees for Orange County.