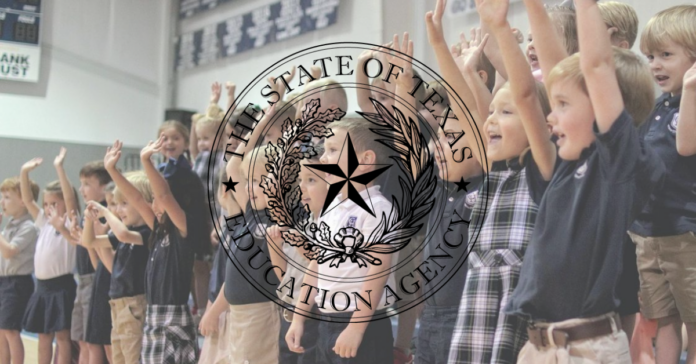 Last month the Texas State Board of Education (SBOE) vetoed four out of five new charter school applicants put forth for approval by the Commissioner of Education Mike Morath. Among those rejected was Heritage Classical Academy – a conservative school with strong ties to Hillsdale College, a far-right wing school in southern Michigan. This is the third time the Heritage application has been denied by the SBOE.

Heritage markets itself as “a unique option for families looking for a free public school alternative that can deliver academic vigor, a focus on character formation and leadership, and the development of public speaking, debate, and logic skills.” Critics of the school express the concern that Heritage wants to advance a specific political ideology at the public expense. According to a recent Houston Chronicle article, “Heritage is part of the Barney Charter School initiative, a national charter school movement to introduce a more conservative ideology in schools. The initiative was founded by Hillsdale College in Michigan.”

Concerns about Hillsdale College and their political agenda for charter schools – which are funded by taxpayer dollars – are exacerbated by the connection to Hillsdale graduates and former Trump administration officials like Josh Venable, Chief of Staff for the Department of Education; David Morrell – Associate Counsel to the President; Brittany Baldwin – speechwriter for Trump; and Stephen Ford – speechwriter for Pence. Additionally, Ginni Thomas – the wife of Supreme Court Justice Clarence Thomas – is a former Trustee of the college. Thomas is best known for her attempts to overturn the results of the 2020 election by pressuring 29 Arizona lawmakers to select a different slate of electors.

A connection to Hillsdale College is not the only concern SBOE officials had about Heritage Classical Academy. Other concerns were expressed about the large donations to political action committees by the Heritage Board President, Stuart Saunders.  “After the second rejection by the SBOE, Saunders and his family donated more than $250,000 to a political action committee called Texans for Educational Freedom,” the Chronicle reported.

“That PAC then donate more than $500,000 to local school board races and other candidates who have promoted conservative themes in the schools and donated in four State Board of Education races, including well over $100,000 total in the bids to unseat board members Sue Melton Malone and Jay Johnson, Republicans who opposed Heritage.”

The impropriety of these actions did not escape some SBOE members. “Clearly, (Saunders) was trying to use all his money to remake the SBOE, to buy it,” said Matt Robinson, the board member from Friendswood who is losing his seat in redistricting. “When you really upset wealthy people they don’t take that lightly.”

Charter school expansion in the state continues to be a concern for many Texas taxpayers due to the pressures they put on the state’s public education funding structure. With the enrollment of charters more than doubling in the last ten years, their share of state funding has increased. While charters educate only about six-percent of Texas public school-children, they receive nearly sixteen-percent of the state’s education budget, receiving $1,150 more per student than traditional public schools on average.

Taxpayers have also expressed concerns that charter schools operate much like private schools, with less regulations than traditional schools and no democratically elected school board. Often, charter schools in one area of the state are managed by unelected boards outside of the community with some board members even living out of state.

In Texas charter schools may grow as large as they want, as long as they get approval from the Texas Commissioner of Education. While a new charter may not operate in the state without the approval of the SBOE, Mike Morath has sole authority to approve or deny unlimited expansion of an existing charter school’s campuses and enrollment.

The problem is something that elected officials have noted. “We’ve seen a trend over the past decade that more and more state dollars are going to charter schools,” state Rep. Donna Howard, D-Austin, said. “We have a system that is allowing them to grow, and that is not sustainable.”

Despite these concerns, other elected officials want to expand the number of charters in the state. With the composition of the SBOE changing to more favorable toward charters as a result of primary elections and the efforts of some state-level officials, some expect the legislature to limit the SBOE’s authority over charter schools.  “I would not be surprised one bit if a move were made to roll back the board’s authority, even farther,” said Starlee Coleman, CEO of the Texas Charter Schools Association.

If they do, the legislature will remove charter schools even farther away from taxpayer representation and the democratic process – asking them to pay more with less of a voice. With the recent revelations about Heritage Classical Academy and its leadership, this doesn’t sound like a very good idea.