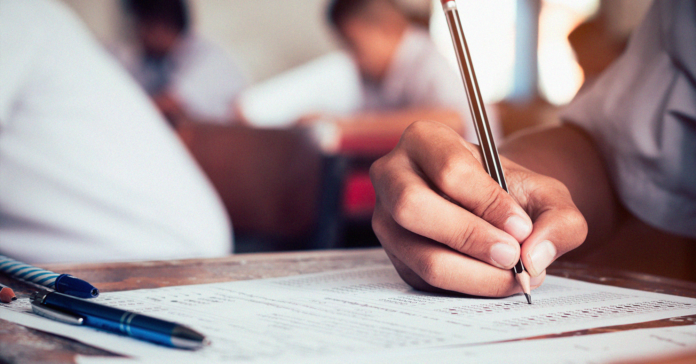 In early December of 2020 the Texas Education Agency (TEA) announced that, while the State of Texas Assessments of Academic Readiness (STAAR) test would still be given during the 2020-2021 school year the A-F grading system for Texas public school districts would be paused.

TEA stated that testing would continue “in order to provide critically important information about individual student learning that teachers and parents can use to help students grow.” Little thought was given to what that testing might look like as school officials, parents, and community members praised the TEA for allowing districts and campuses a grace period from state accountability.

To be fair, many districts objected to the STAAR test being given at all so when the TEA announced that their students must take the test in person they were understandably concerned.

Teresa Hein, a long-time educator who oversees nurses in her Region 1 district said, “Given our location, many students have not been out of their hometown since March, much less acclimated to the idea of taking a high-stakes test with a face shield or a face mask for hours at a time.

“The anxiety, stress, and exposure most definitely will have a negative impact on performance and the overall well-being of our students and staff.”

With tens of thousands of cases and well over 1,000 deaths, Region 1 located in the Rio Grande Valley arguably has been one of the areas hardest hit by the pandemic. With the pandemic raging in the valley, many district officials say it will ultimately be up to the parents whether their kids should take the risk of testing in person.

Stetson Roane, Superintendent of Raymondville ISD in Willacy County said, “Our families who have chosen to continue with remote learning this year will determine whether they send their children to take the STAAR exam face-to-face. Raymondville ISD will provide a safe environment for students to test, but parents will decide if their child participates.”

Some district officials suggest other options rather than testing in the spring when COVID 19 might be as active. Dr. David Vroonland, Superintendent of Mesquite ISD east of Dallas said, “If the idea of testing in May is to determine the impact of COVID-19 on student performance, and if we want to get as much data as we can, then a solution to consider would be to have the testing in August rather than May to take advantage of the likelihood that we will have a significantly larger number of students in face-to-face learning.”

Regardless of these concerns, the Texas Commissioner of Education Mike Morath has stated that Texas children must take the test and that he would not seek a federal waiver.

With so many asking for a waiver from test taking this year, some people are asking what is driving the decision to give the test no matter what. Perhaps one reason is the lucrative contracts awarded to corporate testing companies. The state has awarded two contracts totaling $388 million for testing from 2021 to 2024. Cambium Assessment, a Washington D.C. based company will receive $262 million to handle administration, scoring and reporting and Pearson will receive $126 million to develop and construct the tests. Pearson is a London-based company with a long history of testing in Texas. With so much money at stake some think that the state and these companies are hesitant to cancel the test due to a loss of revenue.

In many cases administering the test in person will not reduce these contracts as the same number of test products will be ordered in anticipation that those students will show up. When they don’t attend, the state is still on the hook for the cost of the materials.

Some say that the state should not administer a test that doesn’t count and may not reveal much meaningful data during a pandemic. According to Rev. Charles Foster Johnson of Pastors for Texas Children, “There is zero public interest for the standardized test this year. We know there is some learning loss due to the pandemic.

“We don’t need STAAR to tell us what our dedicated teachers already know. It’s an indignity to them and to parents and families to require our children to take a meaningless in-person test. Parents should seriously consider opting out this year.”