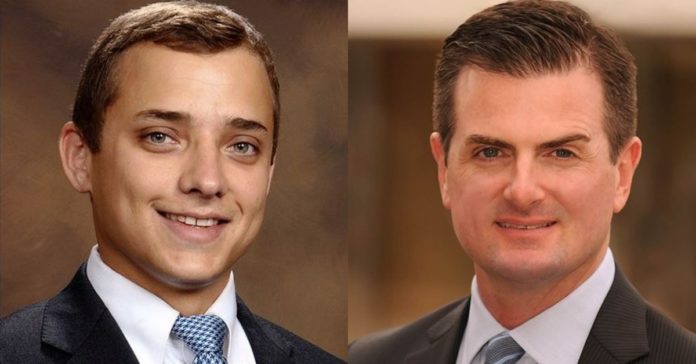 As Texans struggle to pay their property taxes and politicians pledge to fix the “Robin Hood” system to pay for Texas schools, Crosby ISD, near Houston, is in the midst of a financial crisis which is forcing teacher layoffs.
According to the Houston Chronicle, an unknown amount of employees may be laid off including teachers, special education specialists and even the director of transportation to keep Crosby ISD financially solvent.
These cuts will likely dramatically impact instructional quality, with teachers changing in the middle of the year, teachers being asked to cover classes they aren’t trained to teach, increased class sizes, or instructional areas being cut due to the loss of specialized teachers.  This is another example of the failures of adults impacting kids. The students, parents, and teachers of Crosby ISD deserve better.
The financial problems were discovered when former Chief Financial Officer Carla Merka left Crosby ISD to take a job at Pasadena ISD, reports the Chronicle, and only then did Crosby ISD discovered they had issues with payroll expenses, construction spending, and “poor revenue and expenditure estimates.”
The reportedly shoddy bookkeeping at Crosby ISD doesn’t seem to have affected Merka’s new position at Pasadena ISD, but Pasadena parents and teachers should be demanding answers from the ISD board as to whether they are keeping a close eye on district finances.
Property tax woes in Texas started nearly a decade ago, when state lawmakers voted to decrease state funding to schools. To make up for the funding gap, school districts raised property taxes. As the Texas Tribune reports, in 2010, school budgets were funded 44.8 percent from local funding,  44.9 percent from state funding, and 10.3 percent from federal funding. By 2018, 55.5 percent of school funding comes from local sources, with only 35 percent of funding from the state and 9.5 percent from federal funds.
The decreased state funding has caused school districts to ask taxpayers to pay more. The state legislature slashed taxes for big corporations, and shifted the financial burden for school funding to local taxpayers.
Worse, the Legislative Budget Board, the permanent committee which develops budget and policy recommendations for the Legislature, reports that while overall spending has increased (on the backs of local taxpayers), spending increases haven’t kept up with the increase in the number of students. There are nearly 700,000 more students statewide than in 2010, and per pupil spending has actually dropped – from $9,845 per student in 2010 to $9,226 per student in 2018 (adjusted for inflation and population). It’s a shell game pushing local taxpayers to the brink.
Austin politicians are running campaigns on promises of lowering property taxes, trying to shift the blame to school districts for raising property taxes. A Houston Chronicle editorial points out many of the politicians helped push school districts to raise property taxes. “As property tax revenues rise, the state cuts its share of school funding. More of the tax burden is left on the shoulders of homeowners and businesses.”
Texas children need fully-staffed school districts in order to succeed. Property owners need relief. Will Austin politicians provide a real solution this upcoming legislative session or will layoffs become normal for Texas school districts?
Residents impacted by these layoffs, and taxpayers who will be asked to make up the shortfalls should call their legislators – State Representative Briscoe Cain (R- Deer Park) and State Senator Brandon Creighton (R – Conroe) and demand they help prevent layoffs which will adversely impact instructional quality in our community.
To reach your legislators or to learn more:
Briscoecain.com Phone: 832-779-8128
Brandoncreighton.com Phone: 936-900-9982
Houston Chronicle – Crosby ISD declares financial emergency to allow mid-year layoffs
Texas Tribune – Analysis: Texas’ school finance problem in one pesky chart