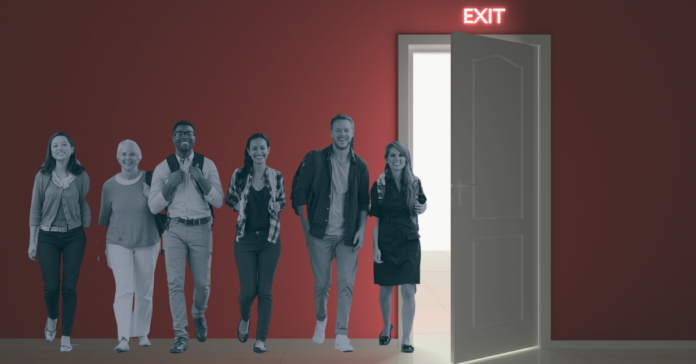 Don’t be fooled, the discontent among school teachers and employees has been brewing for quite some time, and the pandemic only brought it to its boiling point. With two-thirds of teachers wanting to leave their jobs in the past year, Texas is facing a teacher exodus crisis.

That is 66% according to a Texas American Federation of Teachers members survey. Low pay and overwork were the two most significant pressure points – noting that the pandemic had exacerbated the problem.

In a shocking study, Texas AFT and Every Texan exposed the grim side of a Texas period: “The Lost Decade.”  They analyzed how underfunding has led educators to receive less money than ever, thus making it hard to maintain them motivated and in the classrooms.

According to the report, on average – adjusted for inflation – educators are making 4% less than in 2010. But averages don’t tell the whole story, San Antonio ISD teachers are making 9% less, and Houston ISD teachers 13% less.

Meanwhile, Gov. Greg Abbott has spent most of his time attacking schools. From supporting a ban on “critical race theory,” to going all Fahrenheit 451 on library staff. He also tried to ban school mask mandates, igniting feuds between parents and teachers, while ignoring their pleas as the pandemic took a toll on public schools.

And now, instead of addressing educators’ salaries, the governor is focused on hashing out private school vouchers that could potentially rob Texas schools of their already limited funding.

When asked about the pressing salary issue, Abbott hid behind House Bill 3, which was passed in 2019 to provide a “large pay raise.” However, the bill provided a short-term impact, while a few teachers did get healthy raises, others didn’t even get enough to cover rising premiums for their district-sponsored health insurance.

According to a commentary piece by Zeph Capo, president of the AFT, and Chandra Kring Villanueva, member of Every Texan, the solution to this crisis can actually be found in an HB3 provision that increases pay when a district gets more per-pupil state funding.

The Legislature needs to increase per-pupil funding to school districts at a level that at least meets inflation. That ensures that schools are equipped to educate our kids, but it also acts to increase teacher pay.

We must break the cycle, and that requires investing more in a high-quality education system, which is not without cost.

“Let’s not stumble down the path of another “Lost Decade,” said Capo and Villanueva.