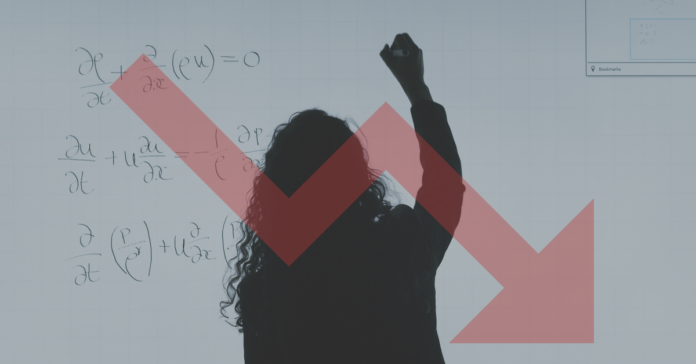 Texas is facing a retention crisis for certified teachers and qualified school staff. Their average salary has not changed in the last decade, in fact, it has decreased by 4% when adjusted for inflation.

A report by Every Texan and Texas American Federation of Teachers, called “The Lost Decade,” analyzes a period in which underfunding schools has led to educators receiving less money than ever, thus making it hard to maintain them motivated and in the classrooms.

Last school year – the first to be affected by the pandemic – some districts saw a significant decrease when inflation was taken into account. For example, teachers at the Houston Independent School District made an average of about $65,000 a year during the 2009-10 academic year in 2021 dollars. During the 2020-21 school year, teachers at the state’s largest district earned nearly $57,000 on average, as reported by The Houston Chronicle.

An earlier report in January by Texas AFT showed that 66% of Texas teachers had considered leaving the profession in the past year, saying the primary motivation for keeping them in public education was increasing their salaries.

Sadly “The Lost Decade” backs up their discontent. While 4% is the average, statistics show many educators making upwards of 12% less. And many support staff employees are still teetering at the federal poverty level with embarrassingly low wages.

The paper comes at a time when teachers have been put in the front lines of political debates – passing bills to outlaw critical race theory, banning “inappropriate” books, taking shots at schools that support LGBTQ+ issues, and the constant war against mask mandates. At the same time, schools are dealing with a major exodus of teachers, while trying to recuperate academic losses due to the COVID-19 pandemic.

In the end, the group that is most affected by the chaos in Texas schools are the students, said Texas AFT President Zeph Capo.

“We have to think about who will suffer from declining educator pay and underfunding our schools—our students,” said Texas AFT President Zeph Capo. “We need consistency in our classrooms with well-educated, well-trained, and inspired teachers and support staff giving our kids the attention they deserve. Every lawmaker will tell you that public education is the most important investment we can make in our state. Yet, when it comes time to fund that investment, it’s all crickets.”