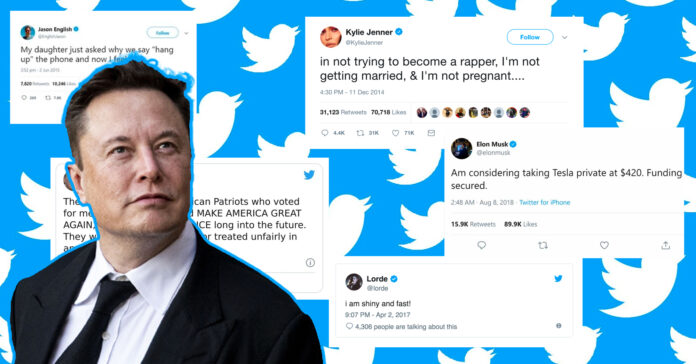 On Monday, Elon Musk purchased Twitter for approximately $44 billion and intends to push the platform towards his idea of free speech. During a Ted Talk interview, he explained Twitter is too heavy-handed with its content moderation.

“If in doubt, let the speech exist,” Musk said, before also adding “I don’t have all the answers here.”

However, a study from MIT and Yale indicates most Americans –80%– disagree, and instead, believe social media companies should curb the spread of misinformation.

“Our data suggests that [Musk’s views] are not representative,” David Rand, an MIT professor of management science and one of the study’s co-authors, said. “A lot of people in Silicon Valley have this kind of maybe libertarian, extreme free speech orientation that I don’t think is in line with actually how most Americans and social media platform users think about things.”

“A concern that often comes up when you talk about enforcement on misinformation is like, okay, great, nobody wants misinformation, but people really disagree about what’s misinformation,” Rand said. “And I think that’s actually overstated. There’s actually much less partisan disagreement than you might think.”

Other studies indicate the public believes the government should hold social media companies responsible for any misinformation spreading on their platforms.

The study is still underway and is pending official peer review. However, its findings appear sound. The co-director of NYU’s Center for Social Media and Politics, Jonathan Nagler, finds the study to be a “good” one. However, he views the small sample size as a “limitation.”

“Most of the public thinks it’s a good idea to get misinformation off of platforms,” Nagler said. “Freedom of speech problems are a little bit in the eye of the beholder.”