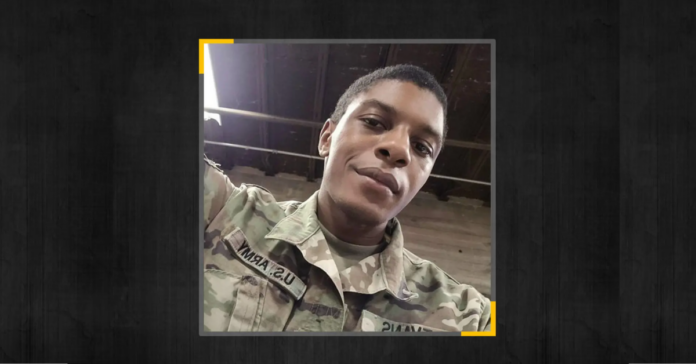 The body of a Texas Army National Guard soldier who was reported missing last week after trying to save drowning migrants has been found dead, U.S. Rep. Tony Gonzales, R-San Antonio, confirmed to The Texas Tribune on Monday.

“We are heartbroken to learn of the death of SPC Bishop E. Evans who was reported missing in Eagle Pass on Friday,” Abbott said in a statement Monday. “Our National Guard soldiers risk their lives every day to serve and protect others and we are eternally grateful for the way SPC Evans heroically served his state and country.”

Evans was a field artilleryman from Arlington. He joined the Texas Army National Guard in 2019. He went missing at about 9:45 a.m. Friday, and an official search for him began soon after.

Although Evans removed his body armor before entering the Rio Grande, he did not resurface.

The search for Evans included parties in boats and helicopters. Efforts were stalled Saturday evening due to river conditions but resumed Sunday, the Texas Military Department said.

After joining the Texas Army National Guard, Evans served in Iraq and Kuwait under Operation Spartan Shield before returning to Texas in the fall of 2020.

Texas Rangers led the search for Evans, along with the Texas Department of Public Safety, Parks and Wildlife, and Border Patrol officials.

The two migrants survived and are in custody of U.S. Customs and Border Protection.

Texas Military Department did not immediately respond to questions Monday morning. But in an emailed statement, the agency offered condolences to the family.

“We are devastated by the loss of a member of our Guard family,” Maj. Gen. Tom Suelzer, adjutant general for Texas, said in a statement. “We recognize the selflessness of this heroic soldier who put his life above others in service to our state and national security. The Texas Military Department sends our deepest condolences to the family.”