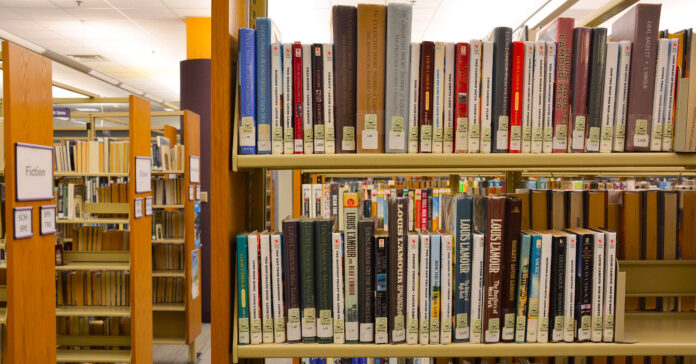 “It came to my attention a few weeks ago that pornographic filth has been discovered at the Llano library,” wrote Bonnie Wallace, a 54-year-old local church volunteer. “I’m not advocating for any book to be censored but to be RELOCATED to the ADULT section. … It is the only way I can think of to prohibit censorship of books I do agree with, mainly the Bible, if more radicals come to town and want to use the fact that we censored these books against us.”

Wallace attached a spreadsheet containing the almost 60 books in question, particularly those discussing transgender adolescents, race, and sex education. The county’s chief librarian handed the list down to Suzette Baker, head of one of the library’s three branches.

“She told me to look at pulling the books off the shelf and possibly putting them behind the counter. I told them that was censorship,” Baker said.

Wallace now sits as the vice-chair of a new –less-than diverse– library board.

Llano is now one of many American communities challenging books discussing race, sex, and gender. The campaign initially targeted school libraries but quickly encompassed public ones too. Activists are taking to underhanded methods, deleting and rewriting censorship protections, and skipping proper removal procedures for books.

“The danger is that we start to have information and books that only address one viewpoint that are OK’d by just one certain group,” said Mary Woodward, president-elect of the Texas Library Association.

“We lose that diversity of thought and diversity of ideas libraries are known for – and only represent one viewpoint that is the loudest,” said Woodward.

In response to a book-burning event in Tennessee, Baker created a library display featuring banned titles like “To Kill a Mockingbird” and changed the message board outside to say: “We put the ‘lit’ in literature.” Library director Amber Milum ordered Baker to remove the display.

Baker explains she was sad but regrets nothing.

During a recent Llano County commissioners meeting, proponents of the book-banning movement thanked officials for “saving the children of Llano County” from “pornography” and “pedophiles.”