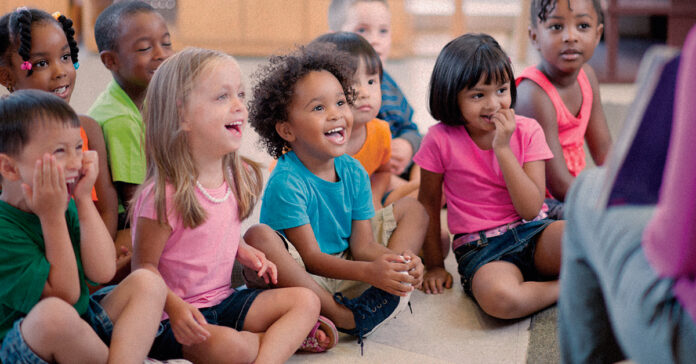 When comedians begin to address things in their routines, it often indicates that the issue has struck a cultural nerve. Such is the case with the current political wedge issue of Critical Race Theory (CRT). In the premier episode for the ninth season of “Last Week Tonight with John Oliver”, the show’s host – John Oliver defined CRT as “a body of legal scholarship that began in the 1970s that attempted to understand why racism and inequality persisted after the civil rights movement”. Oliver went on to state that the issue was “manufactured” and asserted that CRT is not taught in classrooms across the nation.

Oliver thinks that there is another goal behind the position held by far-right citizens that CRT is jeopardizing our public-school classrooms – that goal is school choice or vouchers. Oliver contends that “…some pushing this panic the hardest are actually using it to advance a much bigger agenda that they have wanted for a very long time, and that is “school choice” — basically, letting parents take tax dollars afforded to the public schooling of their kid and use it at any school they like.”

According to Charles Luke, the Coordinator for the Coalition for Public Schools, such school choice mechanisms merely funnel public funds to private entities – something he and the Coalition think is wrong. “Vouchers have been introduced in every Texas Legislature since 1995 and they’ve been rejected primarily by the Texas House of Representatives,” Luke said. “The current shrillness you hear from the extreme right-wing over culture-war wedge issues, including CRT, are manufactured by national politics in an attempt to discredit public schools and get a private share of billions of state tax dollars.”

The issue does appear to be national. According to Sarah Schwartz in an article updated last week, “Since January 2021, 41 states have introduced bills or taken other steps that would restrict teaching critical race theory or limit how teachers can discuss racism and sexism, according to an Education Week analysis. Fourteen states have imposed these bans and restrictions either through legislation or other avenues.” Schwartz contends,  “The trend promises an ongoing minefield for teachers and school leaders, some of whom have already faced challenges to lessons and professional development courses in states where these laws have passed.”

In Texas, the author of HB 3979, the state’s CRT bill was Rep. Steve Toth. The bill became effective law in September of 2021 after dying on a point of order in the Texas House but revived by the Texas Senate in an arcane political maneuver. Toth also sponsored HB 1015 – one of the state’s several failed voucher attempts. Additionally, Toth is an ordained minister living in The Woodlands, a Texas town whose citizens are primarily white and largely far-right in political orientation. Donald Trump held a large rally there in 2016 and another nearby in Conroe, Texas in January of this year. Both towns are in Toth’s legislative district.

While CRT may serve the primary agenda of public-school privatization, the fact that some candidates for office would use the issue as campaign material should come as no surprise. One candidate for Governor, Don Huffines alleged that the Department of Family and Protective Services (DFPS) was using CRT in its training programs as late as last fall and demanded that Governor Greg Abbott call a special session of the legislature to deal with the issue. Huffines campaign website specifically lists CRT as an issue that he will address if elected governor. Earlier this year Huffines, who calls himself an “actual Republican”, promised a Super Bowl win for the Dallas Cowboys if he is elected Governor.

But where Critical Race Theory and school choice may have their most insidious intersection is in the very thing the critics of CRT claim to oppose – racism. Many on the far-right claim CRT is taught in public-school and that it is a Marxist, racist theory. But are they simply “playing the race card” to segregate their children from others? As Oliver points out in his segment, those decrying the teaching of CRT in schools may be supporting the very thing they profess to oppose.

“And of course, no school choice push would be complete without lifelong rich person and occasional education secretary Betsy Devos, who wrote an op-ed titled “let’s liberate kids from race indoctrination — with school choice,” said Oliver. “And you should know, this is just nothing new. There is a long history of responding to racial panic with a push for school choice. In fact, the roots of the school choice movement trace back to the Brown vs. Board of education decision, when southern states adopted voucher programs to facilitate the creation of private schools called “segregation academies.”

Many believe that the end game for vouchers and school privatization efforts is to separate white kids from minorities and that this is a step backwards toward human equality. John Oliver makes a decisive point about this in his show. Instead of segregating, we should try to understand each other.

“And I’m not saying that discussions on race will always be comfortable for everyone in the classroom,” said Oliver, “but think about it like this, when was learning and growing as a person ever comfortable? The thing to do here isn’t to run from those discussions or pass laws banning them. It is to learn how to have them better.”