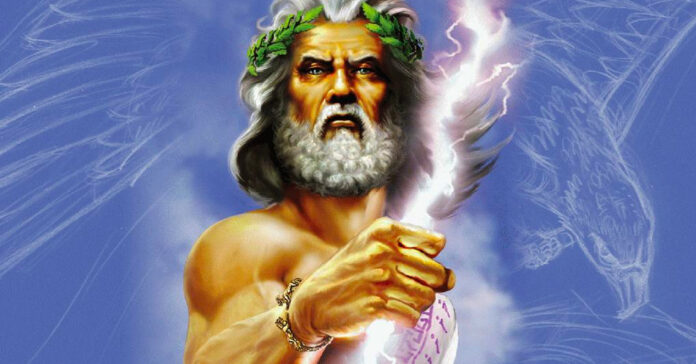 In ancient Greek and Roman drama, a manmade representation of a god was often lowered onto the stage by a crane to rescue the play’s main character from a hopeless situation. This theatrical intervention was called deus ex machina.

It’s still used today in operatic productions, in novels, and in movies. In a 2007 Met production of Iphengie en Tauride, Iphegenie was up to her backside in alligators and was rescued by the goddess, Diana, who was lowered to the stage from an overhead beam to fix everything, just in the nick of time.

The philosophy of deus ex machina persists even today; the cavalry, a knight on a white horse, a fairy godmother, winning the lottery, a new coach for the team, a new husband, a new wife. We’re like the men in Beckett’s Waiting for Godot, hanging around and wasting time, until something or someone will finally appear to rescue us.

I am an avid read and I read an eclectic assortment of reading material. At first glance, these writings appear completely unrelated, but they are not.

They all made me realize that unless we recognize our connectedness to one another, our vital interdependence and act upon that, we will go the way of every other past, failed and spent civilization. We don’t require a deus ex machina because we have the power to save ourselves; one person at a time. Each of us is needy in one way or another and not always financially. We don’t always have to go straight to a deity, plead with a political party or a social justice movement to get things done.

Even Horace, the leading Roman lyric poet during the time of Augustus, admonished the playgoers: “Do not bring a god onto the stage unless the problem is one that deserves a god to solve it.”

It’s really difficult not to hope for Superman. Those of us living in Texas are horrified at the way the Texas GOP, Greg Abbott, Ken Paxton, and Dan Patrick have exploited certain groups—transgender children, women, Texans with foreign-sounding surnames, teachers, librarians, and Democrats.

In the same state, not a single energy magnate has been blamed for the power outage that claimed hundreds of lives. Instead of punishment, they’ve been rewarded and they’ve passed the rewards on to Abbott.

And they lie, just as easily as water falls off a duck’s back.

It should be very clear to everyone by now that Texas Republicans and their standard bearers don’t intend to help us. It’s just the opposite. They are effectively narrowing the window of opportunity for everyone to serve their corporate donors and themselves.

The light at the end of the tunnel is dimming and the dark tunnel is getting longer. Until we get money out of elections and get lobbyists out of our houses of government, nothing we do will matter.

And I’m not holding my breath, because money and self-enrichment is the number one motive in everyone’s life, not just politicians.

Here’s the deal: The change that we’ve been waiting for? It’s inside our own head. We must change our old way of thinking. We can’t continue to be selfish; hope for the best and forget the rest. Any injustice for one is an injustice to us all. They may be exploitation against children and women today, but who will be tomorrow’s victim? All bets are off, because it could be any group.

To be your own hero, you need to turn off that stupid television and throw away the video games and start taking matters into our own hands. We outnumber the bankers, the stockbrokers, the manipulators, ALEC, the State Policy Network, Club Growth, and the lunatic fringe of the Far Right, but we must start acting like we know it. Our government should be working for us, not the other way around and we should NOT let them forget it. Beto is going to help us turn Texas blue, but they can’t do it alone. It requires your participation.

Most of all, your unique individual talent should be your purpose in life, your personal ministry, not just an avenue for money. You may not even realize the fruits of your actions in your lifetime, but it’s called doing the right thing just for the sake of doing the right thing, not for money or fame. A life well-lived, not lived well, and there is a difference.

The only alternative we have is to wait for deus ex machina, which we know only occurs in the theater.