Home Education STAAR on the horizon: testing changes and what it means for students.
Facebook
Twitter
Email 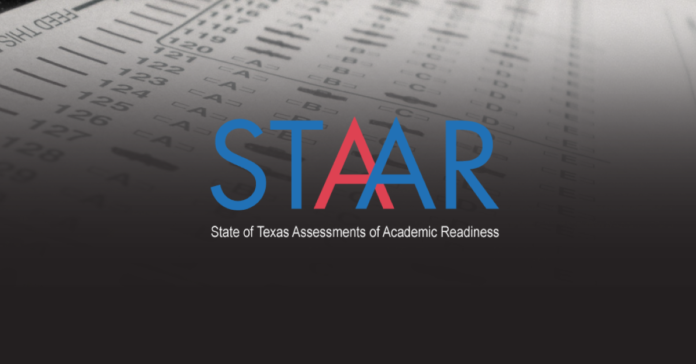 As the dust settles from the last Texas legislative session, millions across the state are gearing up for another important event: the school year. With education as a priority this session, school finance reform bill HB3 became a central focus. But there’s another long-standing issue concerning constituents in education.

HB 3906 is the STAAR testing bill, which aims to address Texas concerns about the state’s standardized exams. The discussion around these exams is highly contentious, and this year was no different—agreement on this bill between the House of Representatives and the Texas Senate could only come through conference committee.

Texas has tested students statewide since 1979. If you’re not the parent of a student required to take the exam, or an educator trying to determine how to achieve significant increases in the percentage of passing rates, the effect of these high-stakes state sponsored exams may not be readily apparent.

The STAAR exam is the state’s measurement of accountability for students, teachers, and schools. Some districts have merit pay systems that reward educators that hit certain targets, and some provide stipends for educators who choose to teach the tested subjects. If students don’t meet target numbers, the school could receive a poor rating that leads to state intervention.

Educators have raised several concerns about the exams, including test language not being on grade level, computer glitches on the electronic version, and the length of testing time required. Essentially, this system is far from perfect and has been problematic for a while. There was even a recent fumble with the 5th grade STAAR exam in which a curse word made its way onto the test in April of this year. Needless to say, Texas faces a lot of testing issues.

HB 3906 addressed some of the problems educators identified. The length of testing time will be reduced, with the test written so most students can complete it in 60-75 minutes rather than the original 120-180 minutes. In addition, administrators will be able to break the exam up over the span of three days, and there will be no more testing on Mondays.

Beginning in 2021, the writing tests will be taken out of fourth and seventh grades; instead, test-makers will incorporate writing questions on the reading exams for grades 3-8. Starting in 2022, electronic testing will be available for all STAAR exams and students.

As the results to these testing changes become clear, public educators can only hope their voices are heard in the state capitol. Testing in Texas has long needed adjustment, but the tests aren’t going anywhere soon. Will legislators be up to the task?