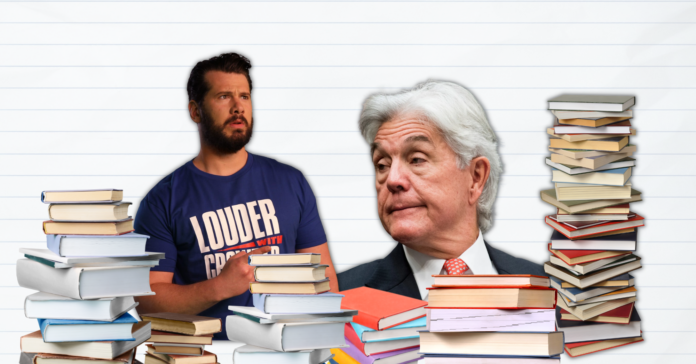 On Wednesday, President Joe Biden announced a sweeping student loan forgiveness plan that would relieve borrowers of tens of thousands of dollars in debt, stop usurious interest rates, cap the amount of income driven repayments at half their previous amount, and reduce the amount of time before a debt could be forgiven to ten years. While still a far cry from the full elimination of student loan debt he initially promised on the campaign trail, it was a major step forward in fixing the nation’s broken tuition system.

Naturally, conservatives took to social media to decry the order. Unfortunately, they’ve been hoisted on their own petard thanks to a public database of forgiven PPP loans. The loans were offered to businesses in the first year of COVID-19 to help them stay afloat. Billions of dollars of the loans were forgiven by the federal government in the same manner as Biden’s student loan order.

Several prominent Texas conservatives were caught denouncing the student loan forgiveness only to have their own forgiven debts thrown in their faces by internet sleuths.

Steven Crowder, the right wing media host famous for spawning the “change my mind” meme after he set up a table at Texas Christian University claiming male privilege was a myth, was one.

“Student loan forgiveness sounds really nice to illegal immigrants, people with no life experience, people who don’t have families yet, and people who use preferred pronouns,” he said on Twitter.

Crowder, whose Louder With Crowder LLC is based in Dallas, had his $71,208 PPP loan debt forgiven.

In 2019, Rep. Roger Williams (R-Cleburne) co-sponsored a resolution in the U.S. House of Representatives that was:

“Expressing the sense of the House of Representatives that socialist proposals such as Medicare for All, student loan forgiveness, and the Green New Deal with a guaranteed job for all, are antithetical to American foundational values of self-responsibility and opportunity, and by guaranteeing these programs as ‘rights’, we risk abandoning our actual rights.

Williams, one of the wealthiest representatives in Congress and owner of the JRW Corporation, had $1,432,400 in PPP loans forgiven in March of last year.

Even everyday Texas conservatives got the targeted by the backlash. Pam Hebert of Baytown, a self-described “typical middle class family, army brat, wife, mother, MAGA” asked on Twitter “I paid off 2 student loans. Where’s my 20k?”

Hebert had a PPP loan of $20,833 forgiven in October of 2021, less than six months after she had taken the loan out. Evidence of her loan forgiveness was shared by popular historical author James Fell, and Hebert has since taken her Twitter account private.

While there are some legitimate concerns about the economic effects of the student loan forgiveness plan, they somewhat pale compared to the massive amount of forgiveness handed out through the PPP loans. It’s hard to reconcile embracing one and opposing the other with any kind of consistent worldview, but Texas conservatives seemed determined to do so anyway no matter how embarrassing it turns out for them.