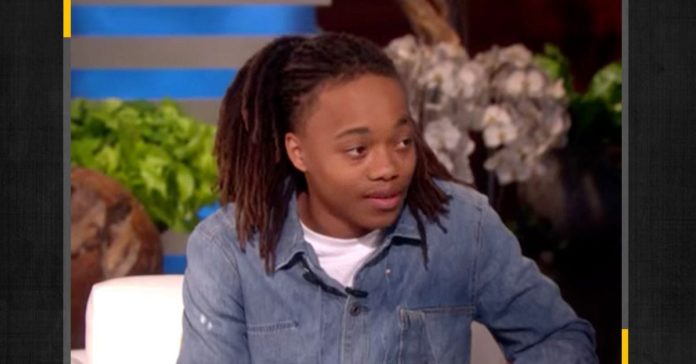 A federal judge has prevented a Houston-area school district from enforcing a dress code policy that states that male students must keep their hair ear-length or shorter. Earlier this year, that policy spurred national attention and outrage after it was used to punish two students who wore their hair in dreadlocks.

The decision from the U.S. District Court in Houston overturns the grooming policy from the Barbers Hill ISD. Earlier this summer, despite criticism from advocates who described the restriction as racist, the Barbers Hill board of trustees voted to keep the policy.

Administrators informed Kaden Bradford and De’Andre Arnold, two Black students at Barbers Hill High School, in January that they had to cut their hair or face consequences. Arnold was told he would not get to walk on the stage at his school’s graduation ceremony in May, while Bradford would be indefinitely enrolled in in-school suspension. Both students refused to comply and filed lawsuits against the school district that argued the policy was discriminatorily construed and enforced.

Both students and their families are represented by the NAACP’s Legal and Defense and Educational Fund.

“Locs are communicative, they express pride in one’s Black racial heritage, family heritage,” attorney Michaele Turnage Young said. “It’s 2020, this is a basic recognition … but to have a federal court recognize that, it’s a huge step in the right direction.”

This court decision grants Bradford “temporary relief” while lawsuits against the school continue, Turnage Young said. Both Arnold and Bradford transferred out of the district to another high school earlier this year. Bradford will now be able to return to his former high school for junior year without the threat of suspension. Arnold was unable to graduate from Barbers Hill.

The case has also gained the attention of Texas lawmakers. In February, members of the Texas Legislative Black Caucus announced their intent to bring their version of the CROWN Act — a California bill that aims to ban hair discrimination in public schools and workplaces — to the 2021 legislative session.

In an op-ed published earlier this year, Barbers Hill Superintendent Greg Poole defended his choice to keep the dress code policy unaltered. “This issue isn’t an attempt to provide fair or ‘equal’ treatment to all students which was the cornerstone of the Civil Rights movement in the last half-century,” the op-ed reads. “This is an attempt to force unfair or ‘unequal’ treatment based on race or culture such that a child is given preferential treatment based on his ethnicity.

In a February interview with The Texas Tribune, Christina Beeler, a former attorney with the Juvenile and Capital Advocacy Project at the University of Houston Law Center, called the Barbers Hill cases “the worst she has ever seen.” Beeler pored through old Barbers Hill yearbooks, coming up with photos of white students with long hair.

Barbers Hill did not respond to a request from The Texas Tribune for comment.