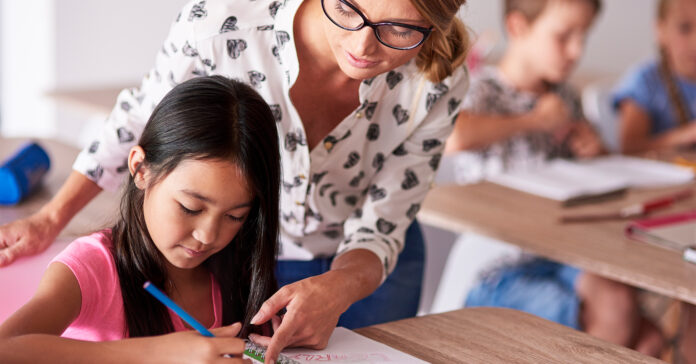 Being a teacher is one of the hardest jobs in the world, and in Texas they are increasingly being burnt out by constant culture wars and fights over pay. Jasper ISD in East Texas will be going to a four-day week in order to relieve some of the pressure on educators, but across the state all teachers are feeling run down and underappreciated.

The strain of teaching during COVID certainly took its toll, but many teachers are now chalking up their exhaustion to the culture wars. Increasingly, conservative parents and conspiracy theorists have attacked public schools, claiming that they are teaching students to hate white people by teaching accurate history of white supremacy and perverting them by acknowledging the existence of gender/sex minorities.

“I teach science at the district’s dropout prevention campus, so our indicators of growth are ‘different,’” says one Texas science teacher. “How do you teach science when your child’s parent is  a ‘flat-earther’ or ‘anti-vax?” There’s so much that I can no longer discuss without fear of repercussions. I had a student whose parent bought $600 worth of ‘protection from low emf.” The products looked like high end holographic stickers.”

The teacher added that they fear countering any factual inaccuracies because they worry they’ll end up recorded by a student and put on far-right news networks.

The culture wars have been expanded into large book banning initiatives that take aim almost exclusively at titles that deal in feminism, social justice, LGBT themes, and the labor movement, calling many of them pornography. It’s led to teachers being afraid to even talk about the stripping of their libraries.

“There are the parents, especially the affluent ones who have brought into the idea that schools are ‘indoctrinating’ their children with ‘radical’ politics, CRT, and ‘grooming’ them for alternate lifestyles,” says one Houston area teacher. “There is a very ugly school board election going on in my district that is a perfect example of this. Just last week an English teacher at my school was accused of targeting some children of prospective board members just because she had her classes research books that had been banned nationwide. She didn’t even ask her students to read the books—just research them—but that was enough for her to be crucified on neighborhood social media.”

Few teachers are willing to publicly come forward for fear of reprisal, but those who are leaving the profession can vent more openly. Deborah Gerd is an English teacher in Conroe who is retiring this year over burnout. She cites many factors in her retirement, including contracts that allow districts to encroach on a teacher’s free time with unpaid tutorials and the push for in-person schooling before vaccines were available. However, the latest round of regressive policies is the  straw that broke the camel’s back for her.

“With the things that the Texas governor has passed, and TEA is possibly being forced to act on, teachers, such as myself, are beyond done with the education field,” she says. “Two years ago, we were praised and trusted enough to teach, effectively, online. Now, people are banning books that have been taught for years, questioning teachers’ teaching practices based on their private lives, and no one seems to trust that our curriculum is, in fact, very much available for all of the public to see at any point in time. Teachers do not have a way to ‘hide,’ nor do we want to. We want more parental and community involvement in our school and our students. Unfortunately, the way that is now showing up is with doubt, mistrust, and blatant disrespect for our career. It’s exhausting, and yet isn’t enough for those on the outside looking in.”