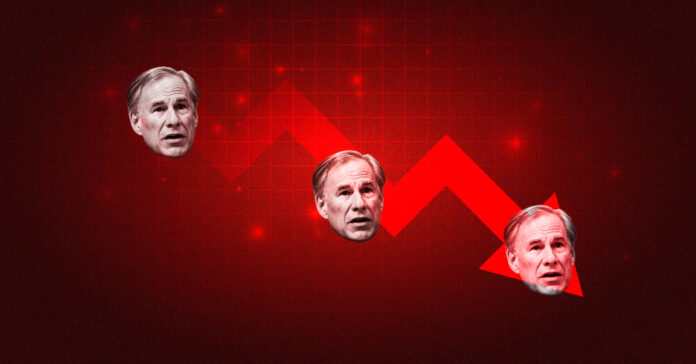 A March poll by the bi-partisan pollster Texas Lyceum shows Gov. Greg Abbott with only a two point lead ahead of former Congressman Beto O’Rourke in the 2022 Texas governor’s race. The sample of the poll however does not reflect registered voters because it first sampled all Texas adults and then surveyed the 77 percent of those who answered they were registered voters.

This comes as a poll commissioned by the Jonathan Stickland-led Defense Texas Liberty PAC — the latest iteration of far-right West Texas oilman Tim Dunn and the Wilks brothers — shows Abbott is supported by 6 percent of Texas voters for the Republican nomination for President in 2024 with Trump on the ballot and by 10 percent of voters without Trump. The pollster behind this survey, Chris Sacia, is relatively unknown in the polling space. This tracks with other polling that shows Abbott is not as popular as Trump or Florida Gov. Ron DeSantis among the Republican base for the 2024 presidential nomination.

Another poll published on Tuesday by the Hispanic Policy Foundation (HPF) and Rice University found among likely voters, Abbott leads O’Rourke by eight points, 50 to 42. HPF oversampled Hispanics in their poll.

Both candidates have seven months to campaign before the final vote is cast, a lifetime in politics for how the electorate will feel about either.

To follow the latest polling in the Governor’s race and elections for other statewide offices, head to our Texas Poll Tracker.