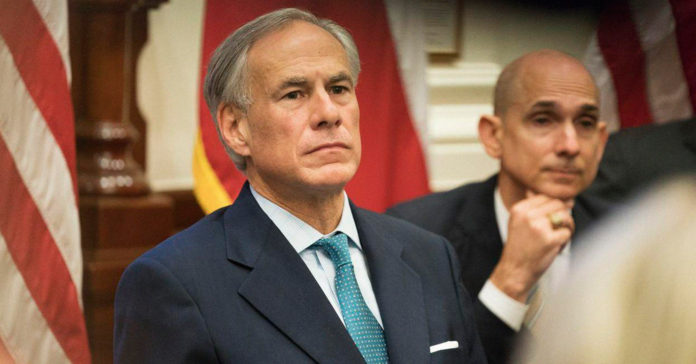 Gov. Greg Abbott is going big for candidates he has endorsed and has been on his “Get Out the Vote” tour across Texas, hitting the campaign trail in hopes to prevent the Republican party from unbuckling.

Abbott’s itinerary has been built around promoting his favored Republicans through the general election fight, and he’s been making stops throughout February.

The Governor’s website lists his Get Out the Vote tour events to encourage turnout for allies including Reps. Geanie Morrison of Victoria, Briscoe Cain of Baytown, and J.D. Sheffield of Gatesville.

Angelica Garcia, who is challenging Gina Calanni (D-Katy), received Abbott’s endorsement this summer, and Abbott is determined to not let the GOP go down without a fight, in prep for early voting for the March 3 primary. Abbott has traveled across the Lone Star State campaigning for Kronda Thimesch, who is challenging Rep. Michelle Beckley, (D-Carrollton) and going out on the battlefield for Jake Ellzey who is striving to replace Rep. John Wray (R-Waxahachie) who is retiring, according to the Texas Tribune. Abbott also endorsed Jacey Jetton in the open seat of Rep. Rick Miller (R-Sugar Land), along with Lacey Hull in the open seat for Dwayne Bohac (R-Houston) and Manish Seth, is challenging incumbent Democrat Ron Reynolds, all of whom are in the Houston/Fort Bend area.

It’s a new Abbott, and he’s not supporting challengers. He’s for incumbents in 2020, stepping aside any grudges held, it’s all about protecting the Republican majority.

Abbott is being far more active in the absence of a House speaker, and he’s using his own war chest, upping his ground game, and exhausting his network to support incumbents and urging voters in vulnerable districts.

Abbott’s schedule proves his steadfast support of GOP incumbents, even making friends with his foes if it means securing victory. Abbott endorsed Sarah Davis, despite publicly opposing her in 2018, Reform Austin reported. According to the Texas Tribune, Abbott got out the vote for Cain and State Rep. Jared Patterson of Frisco, visiting their districts last week.

In a press release, Governor Abbott states,“Thanks to hardworking leaders like Representative Cain, Texas is on a path to a brighter future.”