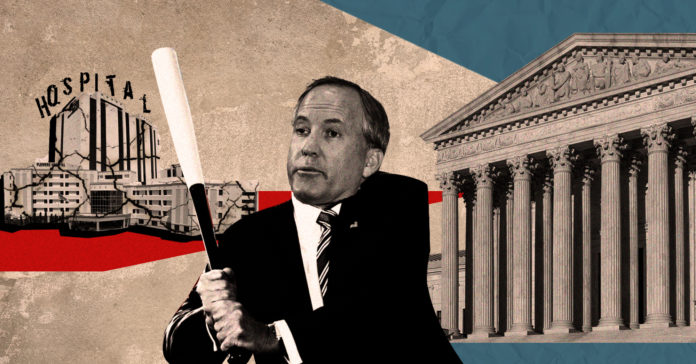 The Supreme Court agreed early Monday to hear a lawsuit that seeks to strike down the Affordable Care Act (ACA).

The Trump administration declined to defend the federal health policy, leaving the defense to a coalition of states led by California Attorney General Xavier Becerra.

This is the beginning of the end of an appellate process that began when a Fort Worth District Court judge ruled the entire ACA invalid, which included the protection of coverage for pre-existing conditions.

Then, this past December, the Fifth Circuit Court of Appeals ruled the Affordable Care Act’s individual mandate unconstitutional, yet refused to decide on its severability.

The California coalition asked the Supreme Court to deal with the question of severability rather than a lower court. The high court refused to fast-track the case, which would have settled the issue prior to the election. Instead, a decision is set to come in 2021.

Should the Supreme Court rule in favor of Texas, it would effectively invalidate the landmark health care legislation and lead to more than 20 million Americans with pre-existing conditions losing coverage, by some estimates. In Texas alone, 1.73 million people would lose coverage. Texas already leads the country with the highest uninsured rates of adults and children.

With the possibility of ACA being repealed by the courts, the Texas Legislature refused to pass protections for pre-existing conditions, despite the Governor pledging in 2018 to do so.

The Medicaid expansion funds, which Texas has been rejecting for nearly a decade, would no longer be available if the ACA is struck down. It is unclear whether the block grant funds offered by the Trump administration last month, which Gov. Greg Abbott has been considering, will still be available.

Oral arguments in front of the Supreme Court will happen this fall, but it is unknown whether the case will be argued before or after the Nov. 3 election. There are six dates on the Supreme Court’s Calendar before the election, but only the five October dates would allow the audio recordings of the arguments to be released prior to Nov. 3.

Just as health care was the biggest issue for voters in 2018, it remains the top issue for many voters in 2020. Candidates for the Texas Legislature and the Congress will have to say what they plan to do if the ACA is repealed.