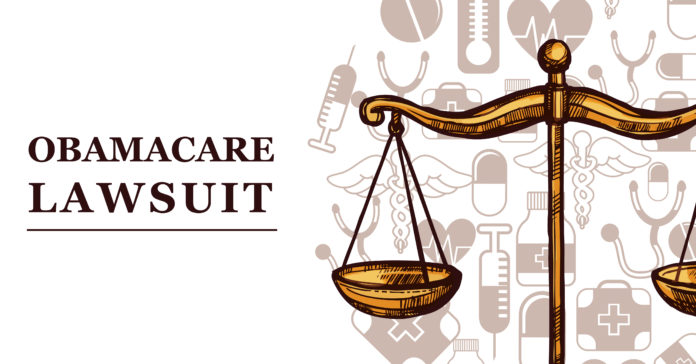 Texas Obamacare lawsuit could turn healthcare coverage into a lump of coal this holiday season with millions of people losing their healthcare. In Texas alone, the lawsuit could cost 1.73 million people coverage.

The change would come thanks to a lawsuit challenging the Affordable Care Act. Filed by 20 Republican attorneys general, the lawsuit attacks the individual mandate or lack thereof.

In 2017 Congress decided to set the penalties for violating the requirement that people must purchase health insurance to zero.

This decision may have separated the ACA from its constitutional foundation, according to a 2012 U.S. Supreme Court ruling. In the decision, the high court found that the penalties for defying the individual mandate were a lawful tax.

Texas is the lead plaintiff in the lawsuit. The court documents argue that without the penalties, the ACA is unconstitutional. U.S. District Court Judge Reed O’Connor, a George W. Bush appointee, agreed with the argument.

The Federal Government appealed O’Connor’s decision to the Fifth Circuit. The New Orleans court should issue a decision any day now.

Legal experts from both sides of the aisle have faulted O’Connor’s ruling, but that’s no reason to consider the law safe.

Claire McAndrew, Director of Campaigns and Partnerships at Families USA, noted that Congress has a long history with the ACA.

“We saw Congress allegedly try to repeal and replace the ACA over many months,” she said. “Over that time they never came up with a comprehensive plan to do so.”

McAndrew pointed out that Congress was “never able to articulate how they would bring coverage to millions of low-income people.”

“It would be foolish to believe they would come up with an alternative after striking down the law through the courts,” she said. “This is the same attempt they tried in congress when public opinion was against them, just done through the judiciary.”

If the law is overturned, it will significantly affect the healthcare of millions of people. As McAndrew said, the provisions of the law are woven into the fabric of the modern healthcare system.

Even in Texas, where Republican lawmakers have refused the expansion of Medicaid to make conservative political hay, the benefits of the law are legion.

ACA allows 50 million people with preexisting conditions to get coverage

In a brief filed with the Fifth Circuit, the Department of Justice has refused to defend the ACA. The White House has also refused to intervene in places where states are flat-out ignoring healthcare law.

It is highly unlikely that the ACA will face repeal. However, the ongoing attempts to undermine it could result in more than 50 million U.S. residents with preexisting conditions losing all or partial coverage.

A change to the laws regarding preexisting conditions could negatively impact Mike from Houston.

Mike who asked us not to use his last name, has a congenital heart murmur. The only reason he has coverage is because of the ACA’s anti-discrimination precautions.

“Insurance companies will literally declare almost any bodily condition ‘related’ to [a heart murmur] since it’s cardiovascular,” Mike said. “About the only thing I could get that they couldn’t blame it on would be cancer.”

Mike doesn’t feel like he can try and find a higher paying job.

“Part of the reason I’ve stayed where I am, rather than job-hopping, is that any change in job means months of not having insurance,” he said.

Comparing a higher potential salary versus the possibility of paying for insurance out of pocket is “scary as hell,” according to Mike.

After O’Connor ruled in the states’ favor, Texas Gov. Greg Abbott was quick to assure Texans that Republicans would replace the ACA with something better.

However, Congress’ 70 votes to repeal, replace or modify the ACA cast some doubt on the GOP’s abilities.

Additionally, Abbott’s statements that the Texas Obamacare lawsuit won’t prevent the state of care of its residents without the assistance federal government draw skepticism.

“The idea that states could solve the problem, it’s an impossibility,” McAndrew said. “The ACA depends on the federal government making sure laws apply across the[the country]. It funds Medicaid expansions no state government could possibly afford.”