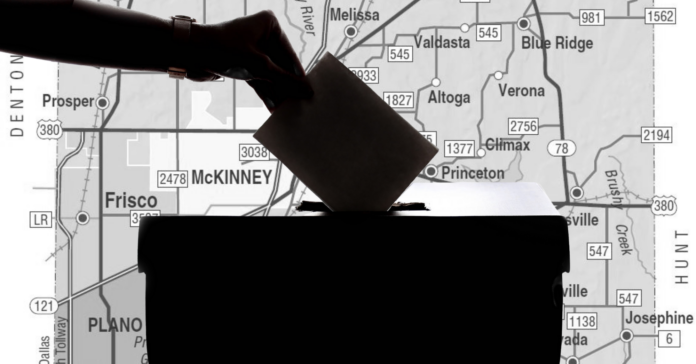 When it comes to competitive districts in Texas this midterm season, the pickings are slim. However, Democrats and Republicans are ready for a fight in a few key places.

In 2018, Texas Democrats thought they could finally win majority of the Texas House of Representatives. They did not, and in the subsequent redistricting process they lost even more future opportunities at the hands of Republicans. Now, few battlegrounds remain, but there are at least three. Here are the places where Republicans and Democrats are ready to go to war even if they are unlikely to change control of the state legislature.

In South Texas, the fields are House District 37 in the Rio Grande Valley and House District 118 outside of San Antonio. Republican John Lujan flipped HD 188 last year in a special election, a significant win in a heavily Latino area that was previously a safe one for Democrats. Lujan hardly sailed to victor, winning by less than 3 percentage points, but it was a loss Democrats could little afford.

Now, the Republican State Leadership Committee is spending $360,000 to keep Lujan in his seat this year, a fortune for a state race. Meanwhile, Frank Ramirez, who Lujan beat in the special election, is entering the rematch with much less cash. At last count, his campaign had only a fraction of what the RSLC is spending.

House District 37 is a new district where Republicans have tried to capitalize on the conservative shift of border community Latinos. While the district still would have gone to President Joe Biden in 2020, it would have been by only 2 percentage points. Republicans are expected to pour millions into the fight. While the winning of the seat itself would hardly shift the balance of power, a pickup along the border would be a boost to Republicans who want to portray Democrats as out of touch with border security. It could be an ideological victory with a long shadow.

Likewise, Collin County is a chance for Republicans to reverse a losing trend for themselves. Biden made significant inroad in Texas suburbs in 2020. The redrawn House District 70 would have gone for Biden by 11 points, but Republicans are counting on the low turnout in the midterms (and possibly their new Draconian voting restrictions) to save the day. The district covers parts of more conservative Plano and Allen but moved further left in 2020.

As Democrats try to shore up their losses with south Texas Latinos by expanding their gains in the suburbs of Texas’ increasingly blue cities, House District 70 could also be a moral win for the party. The redistricting process in 2022 worked hard to carve up urban neighborhoods and weight them against white, conservative rural areas farther from city centers, but with suburbs turning blue it may not be enough to hold onto power in these locations.

The Texas House is unlikely to flip this November, but the few battlegrounds will likely set the tone for the 2024 elections. What the future will look like is on the ballot.