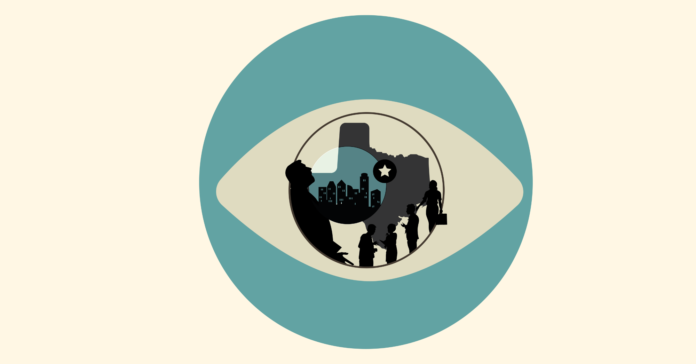 The Lone Star State is poised to return to swing state status, and with 38 Electoral College votes in play, Texas could be the new national kingmaker. That possibility has leaders in both parties closely tracking developments here.

Certainly, Donald Trump is focused on Texas. In 2019, the president officially visited Texas seven times, more than any other state except nearby Virginia and Florida, where he has many properties.

His 2019 trips included a visit to the border wall and visiting El Paso after the mass shooting, in addition to two of his signature campaign rallies and at least three fundraisers. He also campaigned on behalf of Sen. Ted Cruz in 2018, despite Cruz’s role as his one-time 2016 primary rival.

Presumably, Trump will do the same for Sen. John Cornyn, one of the president’s top legislative lieutenants who is up for re-election this year. A loss by Cornyn to a Democrat would not only help shift the Senate back to Democratic control, it would also rob the president of a valuable ally should he serve a second term.

There is no evidence as of yet that Cornyn’s challengers will be able to capture national attention (and funding) the way that Beto O’Rourke did in 2018. On the other hand, the usually dependable Cornyn is on shakier ground in the current political climate. The Cook Political Report still rates Cornyn’s seat as solidly red, but FiveThirtyEight puts Cornyn in the “significant electoral considerations” category.

A potential canary in the coal mine for Texas in 2020 will likely be the special run-off election in state House District 28, scheduled for January 28. The seat was left vacant when Republican John Zerwas resigned, leading to a special election and a run-off between Democrat Eliz Markowitz and Republican Gary Gates.

Gates is a controversial figure in Texas politics, with multiple failed attempts at political office under his belt amid past accusations that include a highly publicized child abuse case and allegations that he was negligent in providing safety to residents in apartment complexes he owned. Meanwhile, Markowitz has been racking up national attention. Two current Democratic contenders for the presidential nomination, Elizabeth Warren and Michael Bloomberg, have endorsed Markowitz, in addition to former presidential hopefuls and Texas natives Beto O’Rourke and Julián Castro. The New York Times called the race the “first big test of 2020,” and it will be the first election held following Trump’s impeachment trial.

If Gates were to lose the seat, it could be an early indicator of another potential wave election. It would mean the traditionally conservative suburbs of Texas may not be as reliably Republican as they have been for the past generation, which would cut into Trump’s chance of holding the state. It would also be another step towards the Texas House flipping in an all-important census year. Even if Gates posts a narrow win during a low-turnout special election, it could still keep the district on the map for the higher turnout national election in November.

The Democrats only need nine more seats to retake the Texas House for the first time since 2003, and doing so could make them a key part of state redistricting for a state expected to add up to three new seats in Congress after the decennial Census and reapportionment.

Texas is also on the minds of candidates running for the Democratic nomination for president. The state is part of the monumental Super Tuesday primary races, and a solid win here and in California could give the winner an insurmountable lead.

Former vice-president Joe Biden has been a frequent visitor to the state, where he is comfortably ahead in polls as the Democratic presidential nominee. Elizabeth Warren has made multiple trips as well, particularly to Houston, where she formerly taught at the University of Houston.

Despite the fact that neither Julián Castro nor Beto O’Rourke made it to this stage of the primary, they are still factors that cannot be discounted. The question of who will be the vice-presidential nominee is a big one, and Castro is already making his bid for the role by serving as a campaign surrogate for Warren. In two-thirds of presidential elections, the home state of the vice-presidential candidate swung their state 12 percent towards their party, and Hillary Clinton lost Texas by only 9 percentage points in 2016. It’s possible that between the changing electoral demographic and a popular hometown veep nominee, Texas will pick the next president and many others to come. That’s why the country is watching the state very, very carefully.