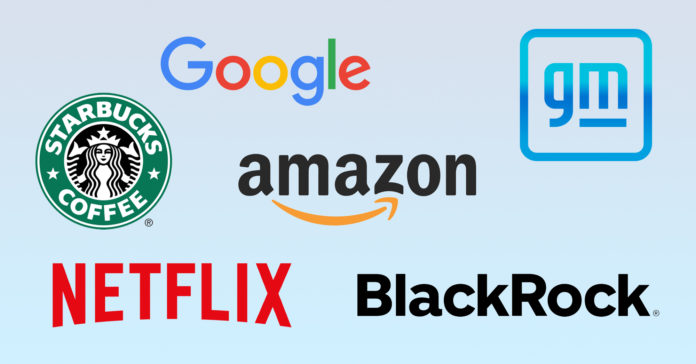 Following a zoom call this weekend where CEOs and senior executives at companies across the country discussed a coordinated effort against legislation restricting voting, hundreds of America’s top companies released a statement Wednesday calling for the protection of voting rights.

“Voting is the lifeblood of our democracy,” the statement reads, “and we call upon all Americans to take a nonpartisan stand for this basic and most fundamental right of all Americans.”

Led by Kenneth Chenault, a former chief executive of American Express, and Kenneth Frazier, the chief executive of Merck, a considerable number of CEOs and senior executives at large companies gathered at a virtual meeting, where they decided they needed to make a stand. On Wednesday, the letter appeared in advertisements in The New York Times and The Washington Post.

“It should be clear that there is overwhelming support in corporate America for the principle of voting rights,” Mr. Chenault said.

Amazon, Google, Target, G.M., Netflix, Warren Buffet, and Starbucks are among some of the most notable names signing on to the letter.

Although the statement does not directly address specific legislations or states, the content is clearly directed to the bills moving in Texas, Arizona and Michigan, to name a few. Mr. Chenault already declared that there should be no expectation for companies to declare themselves against any individual bill.

Coca-Cola and Delta had already condemned the Georgia voting suppression bill after it was passed, and declined to add their names to the letter. Home Depot co-founder Arthur Blank has previously said in a call with other business executives that he supported voting rights, yet he declined to join the effort. It’s worth noting that Home Depot co-founder, Ken Langone, is a very vocal supporter of former President Trump.

Other companies who have expressed support for voting accessibility but were not part of the letter include JPMorgan Chase, and Houston Based Hewlett Packard Enterprise, who recently released a statement saying, “We categorically oppose any legislation that unfairly seeks to restrict the right of our team members or any American to vote in fair, accessible and secure elections.”