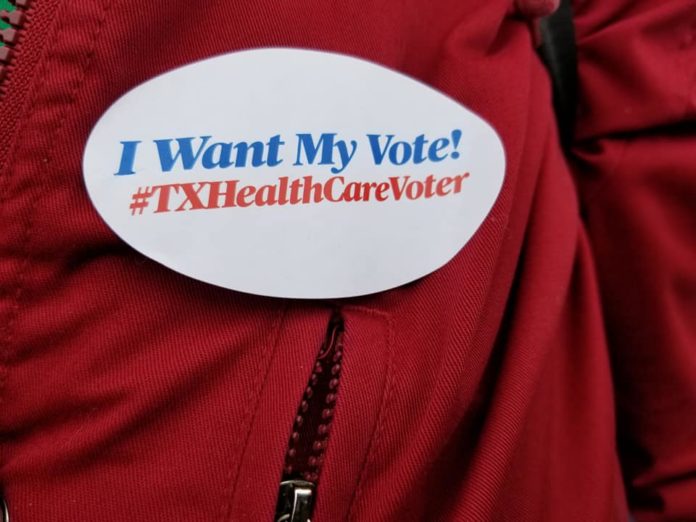 Editor’s note: If you’d like an email notice whenever we publish Ross Ramsey’s column, click here.
It’s hard to trust lawmakers — even the ones you agree with — when they’re voting in their own interest.
It’s unavoidable when they’re considering changes to election law, for instance. Or redistricting, which they’ll take on in earnest two years from now, after the next national census.
You might think that’s about casting and counting ballots or about drawing congressional and legislative districts — and you’re right, from a citizen’s point of view.
But from a politician’s point of view, those laws are about competition and survival — about what creates an edge for them or an obstacle for their opponents. They’re not working against the rest of us, exactly, but it’s safe to say they are paying attention to their own interests, too.
It’s only natural that lawmakers, when confronted with the advantages to be had by changing election law, might not have efficiency, security and convenience at the top of their concerns. It’s like dropping a steak in front of a guard dog; it knows its duty, but proclivity often trumps training.
Dogs gotta eat.
And with just a few days remaining in this regular legislative session, election law is the order of the day in the form of Senate Bill 9, a bit of lawmaking that’s supposed to make Texas elections more secure.
The current version of this bill doesn’t even do what it set out to do: attach paper trails to ballots to make them more secure. Now, its opponents believe the effect of the current draft would be to suppress votes, particularly among new citizens, poorer ones and those with disabilities. You can get the sense of this debate by knowing that every vote so far has pitted Democrats and Republicans against one another. For instance, the House Elections Committee, a panel with five Republicans and four Democrats, had to postpone its vote for hours until state Rep. Valoree Swanson, R-Spring, could get to the Capitol. Without her in the room, the vote was 4-4 — not enough to get the legislation out of committee.
The original idea was to replace the state’s aging voting machines with new ones that produce paper trails that allow voters to verify their votes. The Senate approved that one (though Democrats there voted against the bill because of other provisions). In House committee, the voting machines were whittled out, taking away the one major provision lawmakers from both parties like.
As the Tribune’s Alexa Ura reported, House committee members left in higher penalties for voting while ineligible, which could become a jail offense. They would allow poll watchers to go to voting stations with voters who need help and are getting it from a non-relative, and to examine their ballots to see if they’re filled out correctly. It requires non-family members who take more than three elderly or disabled people to vote curbside to certify those voters are physically unable to enter the polling place without personal assistance or likelihood of injuring their health.
Introducing the legislation before committee testimony and public comment began, state Rep. Stephanie Klick, R-Fort Worth, laid out both her offense — “to strengthen election integrity and make sure all votes cast are legitimate votes and no legal voter is inhibited from casting their ballot” — and her defense — “neither voter suppression nor to enable voter fraud.”
It’s not uncommon to try to preempt objections you’re expecting for a piece of legislation, but it tells you that the word was out, that Klick and others were already in battle positions as they made the last foray on behalf of new election laws.
They ran into strong objections, too, in the hours of testimony that followed. And part of the reason for that — not all of it, but part of it — is that election law changes promoted by lawmakers from one political party and opposed by another reek of conflicting interests.
It’s simple to see that Republicans want this and Democrats don’t. And that it has everything to do with the elections that send those politicians to Austin — or back home — every other November. And we all know from the most recent results that those elections were closer in 2018 than in the years before.
It does raise a fair question about whether the Republican political majority at the Texas Capitol is trying to get a better handle on something it has solely controlled for almost two decades — an advantage that, in the latest cycle, looked frighteningly insecure.
The Democrats think the Republicans are trying to scare voters away. And they’re trying to preserve something, too — the advances they’ve made in recent elections — the same things that are making those Republicans nervous about their newly precarious perch on top.
Most of the people who testified this week said they just want to vote without someone putting new obstacles in the way. The legislative reformers say they’re trying to make elections more secure and reliable.
But for whom?
This story originally appeared on the Texas Tribune. To read this article in its original format, click here.

Amid Grief and Crises, Getting Out the Black Vote Ramps Up

How to Request a Mail Ballot for the July Runoff

How the COVID-19 Crisis May Affect Texas Residential Real Estate