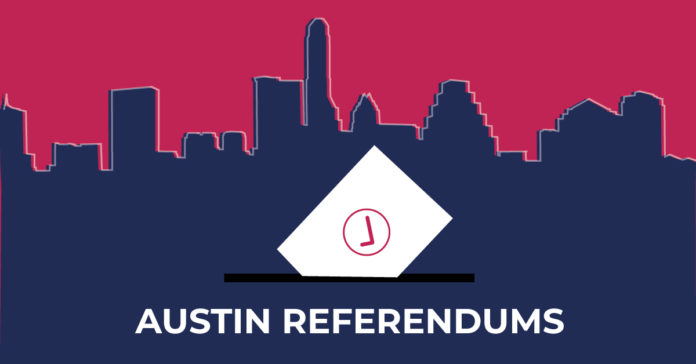 A referendum calling on the city to cap hotel tax spending on the convention center at 34 percent is on the ballot this election day.

The referendum also asks Austin City Council to set aside 15 percent of the hotel tax revenue to improve and promote cultural tourism and another 15 percent for historic preservation.

An Austin-area PAC held a petition drive to get the referendum on the ballot. Once the petition signatures were certified by the city clerk, the Austin City Council approved ballot language for the referendum.

Unconventional Austin, the PAC with the petition, sued the city over the language. A three-judge panel ruled that the language was misleading.

Also on the ballot, is a referendum about the city’s new Major League Soccer stadium. If passed, the referendum will prevent the city from giving away land for another stadium.

The ballot initiative requires City Council supermajority and voter approval to transfer city-owned land for any sports or entertainment facility.

This would include the sale, transfer, or lease of city land, as well as any grants for site development permits. Both of the Austin referendums are related to sports and entertainment.