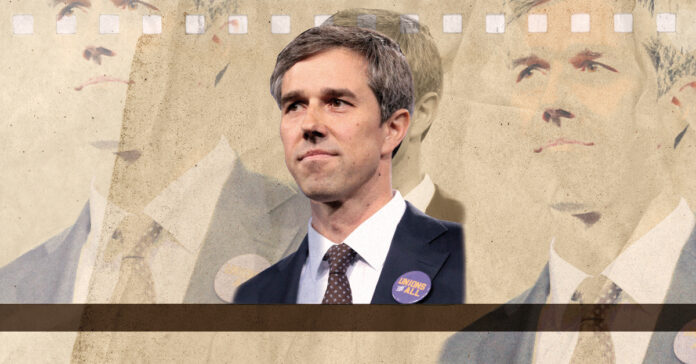 Democratic gubernatorial candidate Beto O’ Rourke has always known his campaign was going to be an uphill battle. Despite his multiple efforts to maintain a neutral warzone, ‘cancel culture’ is still out to get him.

In his first statewide campaign, when he challenged Ted Cruz for a U.S. Senate seat, O’Rourke charmed his way through Texas, visiting towns other politicians of both parties wouldn’t waste time in.

Always with the vision to empower Democrats in small red towns to create lasting change in their communities. Sadly, O’Rourke lost his race by an unexpectedly small margin.

O’Rourke’s second time around, has been even more difficult.

His gubernatorial campaign is still hitting the road, talking to conservatives in rural places in Texas where no other Democrat would visit. However, unlike his first statewide campaign, where there were no protests or disturbances, O’Rourke is literally getting run out of town by Republicans.

According to Texas Monthly, this past weekend, in a small community an hour north of San Antonio, the O’Rourke campaign, hoping to hold a town hall, tried and failed to secure the use of four different event venues.

When news got out that O’Rourke was coming to visit, Canyon Lake residents of Comal County went into a frenzy, boycotting his campaign before he even had placed a foot in town.

O’Rourke was first set to speak at Maven’s Inn & Grill, but after locals threatened to boycott the event, his campaign was forced to change places. So it set its eyes on Canyon Lake High School.

However, officials with the Comal Independent School District said the district did not, as a rule, allow rallies to take place on school grounds. So O’Rourke looked for a third venue, Canyon Lake Resource and Recreation Center, who also backtracked because of “safety issues.”

The last place his campaign tried was Whitewater Amphitheater, and after that offer was also rescinded, his campaign gave up plans for Canyon Lake and instead held the rally at New Braunfels.
During the event, O’Rourke said he dreamed of a government that was “not so interested in the culture wars” and more interested in making Texans’ lives better.

But, his little incident in Comal County proves that he can’t escape them.

O’Rourke talked about reaching out to Texans of all political persuasions, to a crowd that was almost solely made up of his loyal Democratic supporters – since he was unable to deliver his message to the more diverse audience of Canyon Lake.

In the end, according to Texas Monthly, O’Rourke urged his fellow party members to assert their presence and to say forcefully that “we live here and we have a different point of view than other people do.”

Showing up will wear down the stigma of being Democrats, which will “give people permission to believe.”