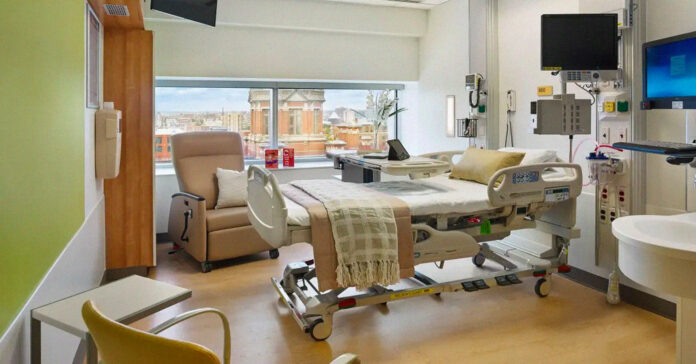 Last Friday, the Biden administration decided to drop litigation against the State of Texas over Medicaid safety net funds for the state’s uninsured stays in place until 2030.

“It is not the best use of the federal government’s limited resources to continue to litigate this matter,” reads a letter sent Friday to state health officials from the U.S. Centers for Medicare and Medicaid Services. “This should resolve the issue without the need for further litigation and will create no disruption to the people who rely on Texas’ Medicaid program.”

The Medicaid waiver, meant to help states transition to full Medicaid expansion under the Affordable Care Act (ACA), was set to expire when the Trump administration decided to extend it for ten years in late December 2020. The waiver provides reimbursement to hospitals for uncompensated care, or care that they provide to those unable to pay through lack of insurance or due to their lower income levels. It also pays for innovative health care projects that serve low-income residents.

But in April 2021, officials at the Centers for Medicare and Medicaid Services rescinded the extension to Texas’ 1115 Medicaid Transformation waiver, saying Trump-era Medicaid officials did not follow federal rulemaking processes when approving the waiver back in January.

Texas Attorney General Ken Paxton promptly brought suit against the federal government in May 2021 stating that, “The Biden Administration cannot simply breach a contract and topple Texas’s Medicaid system without warning. This disgusting and unlawful abuse of power aimed at sovereign states must end. Not only does this violate agency regulations and threaten to rip a $30 billion hole in Texas’s budget, it was clearly intended to force our state into inefficiently expanding Medicaid under the Patient Protection and Affordable Care Act.”

In August 2021 District Court Judge J. Campbell Barker granted a preliminary injunction, essentially restoring the waiver pending the outcome of the case. Since the Biden administration has decided not to pursue the lawsuit, the waiver is reinstated for the original ten years.

The argument over Medicaid expansion is an ongoing discussion. Texas has the highest number of uninsured residents of any state in the nation, with over five-million going without health insurance. The number represents nearly 20% of Texas residents and is over twice the national average. Texas is one of only a handful of states that have not expanded Medicaid under the ACA.

Even with the waiver in place, the failure to expand Medicaid may be costing the state big money. According to projections by Laura Dague and Constance Hughes of the Bush School of Government and Public Service at Texas A&M University, “We estimate that 954,000 newly eligible adults would enroll in an expansion, bringing approximately $5.41 billion in federal dollars annually to the state. With a required state matching share of 1 for every 9 federal dollars, and numerous potential offsets for the state portion, the fiscal implications appear to be favorable from the state and local government perspective. In the context of uncertainty around future direct funding for hospitals and the pandemic that continues to damage local economies and health systems, Medicaid expansion may be able to provide some fiscal relief.

The Texas Legislature was poised to enact expansion in 2021 with over half of Texas House members signing on to an expansion bill sponsored by State Representative Julie Johnson, but the bill did not even receive a hearing. The bill was a companion bill to SB 117 in the Senate by Senator Nathan Johnson. Both bills suffered the same fate.

With the current waiver now in place for ten years it remains to be seen if Texas lawmakers will find the political will to fully expand Medicaid – at least during the next legislative session. Until they do, Texas will continue to lose money while millions of Texans go uninsured.