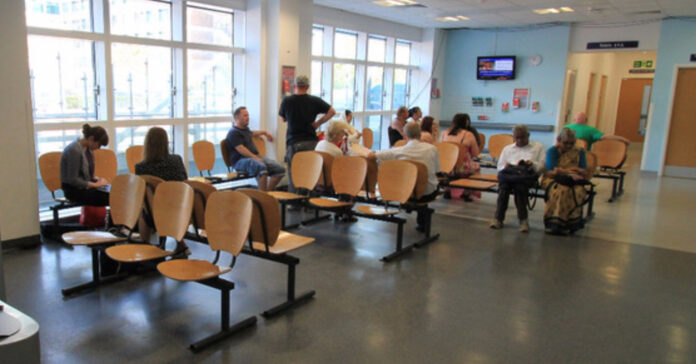 In May 2021, Texas legislators denied the expansion of Medicaid benefits to over one million poor Texans. The story behind why is both mystifying and frustrating at the same time.

In December 2020, the Trump administration decided to grant Texas an extension of what is known as an 1115 Waiver. The waiver provides reimbursement to hospitals for uncompensated care, or care that they provide to those unable to pay through lack of insurance or due to their lower income levels. It also pays for innovative health care projects that serve low-income residents.

But in April 2021, officials at the Centers for Medicare and Medicaid Services rescinded the extension to Texas’ 1115 Medicaid Transformation waiver, saying Trump-era Medicaid officials did not follow federal rulemaking processes when approving the waiver back in January.

With the loss of the waiver and the addition of an incentive that would bump the federal match rate for Medicaid up by 5% to a 95% federal payment, the expansion of Medicaid should have become a predominant state issue.

The Texas Legislature – still in session when the rescission occurred – could have taken matters into their own hands and voted in Medicaid expansion to address the issue. There were bills in the Senate and in the House in play at the time, with a majority of House members already signed on to the House bill. Instead, both stalled with neither bill even getting a committee hearing.

With over five million Texans without insurance, it was clear that the leadership of the State of Texas had no intention of doing anything about it.

Earlier this month, new life was breathed into Medicaid expansion when U.S. Congressman Lloyd Doggett (D-Tx) and over 40 U.S. House members introduced the Cover Outstanding Vulnerable Expansion-Eligible Residents Now (COVER Now) Act. According to a press release by Doggett’s office, “This landmark legislation authorizes the Centers for Medicare and Medicaid Services (CMS) to work directly with counties, cities, and other political subdivisions to expand Medicaid coverage. It would, for the first time, allow local leaders to help their vulnerable residents in States which have declined to accept federal resources for Medicaid expansion.”

Doggett says his bill “enables willing local leaders to accept directly federal resources to achieve both the public health and financial benefits of Medicaid expansion. For many of our most disadvantaged citizens this bill offers a pathway to access a family physician, necessary medicine, and other essential coverage that thirteen States continue to deny. The COVER Now Act empowers local leaders to assure that the obstructionists at the top can no longer harm the most at-risk living at the bottom.”

The bill has extra weight due to Doggett’s position as the Chair of the House Ways and Means Health Subcommittee.

While the implementation of the act would be much more piecemeal than a whole-state expansion, the potential costs of not expanding may be worth the trouble. Texas hospitals incurred $4 billion worth of uncompensated care in 2020 alone and rural hospital closures loom large without expansion.

Other consequences of the failure to expand Medicaid include increased insurance premiums as uncompensated care costs are spread throughout those who are able to pay and rising property taxes for those living in hospital districts. Mental and behavioral health needs will also suffer. According to the CEO of Volunteers of America Texas, Angela King, “Texas ranks 50th in supports for people with mental illness and any further reductions in medical care for these folks will have tragic consequences as their options will be state hospitals and jails.”

With nearly 30 million Americans still uninsured, Doggett’s bill likely holds particular appeal to many local leaders. Twenty-five percent of those eligible for expanded Medicaid benefits reside in Harris County (Houston). If Dallas and Bexar (San Antonio) counties joined them in expansion over half of all eligible Texans would be covered.

Doggett hopes that if some local entities have success with expansion, it will eventually pressure state leaders to do the same.

“The idea is ultimately to get to state expansion,” Doggett explained.