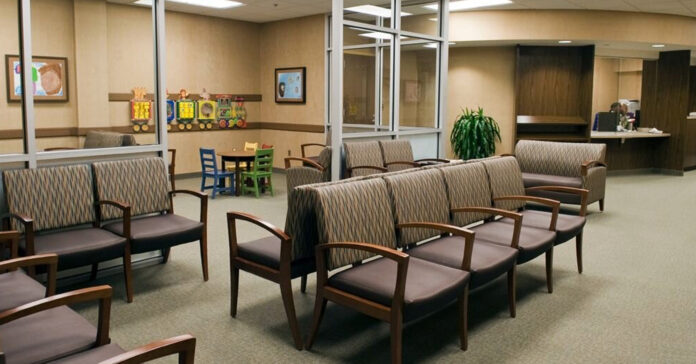 In mid-April officials at the federal Centers for Medicare and Medicaid services rescinded an extension to Texas’ 1115 Medicaid Transformation waiver. “[W]e are rescinding the approval issued on January 15, 2021,” because it did not go through the full federal rulemaking process, Liz Richter, the acting administrator of the Centers for Medicare and Medicaid Services, wrote in a letter to Texas officials.

Two bills to expand Medicaid in the state currently exist in the legislature. Senate Bill (SB) 117 and its companion in the house, HB 3871 both propose to expand Medicaid coverage to access federal dollars through the Live Well Texas program but state leaders don’t seem to be interested in them. According to Rep. Steve Allison, “House Bill 3871 is a bipartisan and revenue-neutral solution that would bring billions of dollars of federal funding into the Texas health care system, provide access to health care for more than 1.5 million Texans who do not have it, increase reimbursement rates for physicians and other health care providers, and help fortify one of the most important and largest sectors of our economy. This Texas-specific solution would reduce pressure on health care costs by curbing demand for expensive emergency-room care.” While 76 members of the Texas House have signed on to the bill it still languishes without a committee hearing.

Rural hospitals would be hit particularly hard as many of them depend on reimbursements to survive. According to the Texas Organization of Rural and Community Hospitals (TORCH), Texas has lost 22 rural hospitals in the last decade. This represents nearly a third of all rural hospital closures in the nation for the same period. After a failed attempt by Rep. Garnet Coleman to pass an amendment to the state budget last week, Republican lawmaker Rep. Lyle Larson tweeted, “All major medical groups in Texas ask the lege to increase federal healthcare dollars coming to Texas.  Unfortunately, we are stuck in a decade-old narrative that has forced the closing of many rural hospitals and less access to physician care. Fiscal conservatism was denied today.” Larson is the sponsor of a bill that would allow Texans to vote on Medicaid expansion in November.

Whether or not they are forced to close, rural, urban and suburban hospitals will all have to deal with uncompensated care issues without a waiver or Medicaid expansion. There is likely to be a layered effect on medical care consumers. With no federal reimbursement, the cost of medical care will have to spread throughout those who are able to pay. Insurance premiums, already high among those insured will undoubtedly rise to meet increased costs. For residents that live in hospital taxing districts, property taxes will rise to address local medical needs.

Those needing mental or behavioral healthcare will also suffer without the waiver. According to Angela King, the CEO of Volunteers of America Texas, “In addition to the devastating impact of the elimination of the 1115 wavier on rural hospitals, there are thousands of people with mental health needs who are served through this waiver. Texas ranks 50th in supports for people with mental illness and any further reductions in medical care for these folks will have tragic consequences as their options will be state hospitals and jails.”

According to Allison, there is a simple solution to the waiver rescission – pass a state law that draws down federal funds. In his support for HB 3871, Allison says that not only does the bill provide for uncompensated care but in doing so it also would help with the overall economy. “This plan would provide a major boost to our economy,” said Allison, “which is why nearly 200 business and civic groups have endorsed drawing down more federal funds for our health care needs. Texans on the front lines of making our economy work see that greater access to quality health care — and a more efficient approach to paying for it — makes us more competitive.”

With over five million citizens uninsured, representing 18.4% of the state’s population, Texas has the highest number of uninsured people in the nation at twice the national average. With so many residents in severe need and both Republicans and Democrats supporting federal support, it seems odd that state leaders are dragging their feet on moving forward to address this critical need.

Many believe that some state officials are more focused on re-election or future offices than on the needs of nearly 30 million Texans. Because this has been a Republican issue, some think that they are concerned about satisfying their base, but many Republican leaders like Larson and Allison are stepping up. Most rural areas in the state primarily vote Republican – the very places where hospitals are likely to close. Maybe state officials that think their base will overlook the absence of healthcare should think again.