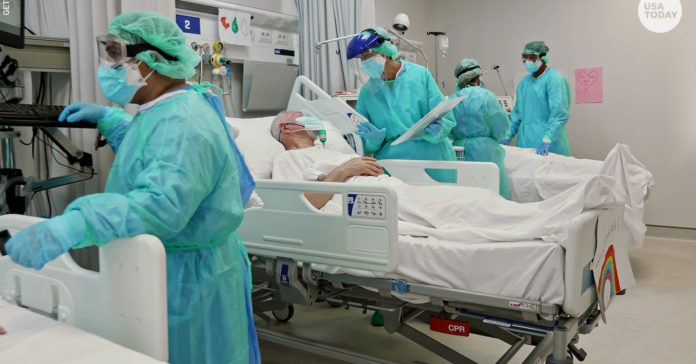 Officials at the Centers for Medicare and Medicaid Services have rescinded an extension to Texas’ 1115 Medicaid Transformation waiver, saying Trump era Medicaid officials did not follow federal rulemaking processes when approving the waiver back in January.

“[W]e are rescinding the approval issued on January 15, 2021,” because it did not go through the full federal rulemaking process, Liz Richter, the acting administrator of the Centers for Medicare and Medicaid Services, wrote in a letter to Texas officials.

The 1115 waiver helped Texas expand Medicaid managed care while preserving hospital funding, reimburse hospitals for the “uncompensated care” they provide to patients without health insurance, and pay for new health care projects, such as mental health services that serve low-income Texans. The extension was supposed to have continued hospital reimbursements until September 2030 but it allowed the innovation fund to expire this year, which it did.

Texas had negotiated with the Trump administration to be paid $38.7 billion for medical care for uninsured, poor Texans, but with the Biden administration rescinding the waiver, federal officials have left Texas without a lot of options to draw down the federal funds.

Ted Shaw, President and CEO of the Texas Hospital Association issued a statement criticizing the move saying, “It puts the state’s health at serious risk and creates unprecedented levels of uncertainty for an industry that is charged with saving lives. The waiver extension would have helped the state to seamlessly continue support for much-needed health care improvements and would have continued stable funding for hospitals that serve large numbers of uninsured patients.”

With the stopgap 1115 waiver off the table, Texas is now at risk of more rural hospital closures, worsening the primary care supply in rural Texas, widening the racial health disparities in coverage, and losing some of the innovative health care delivery programs from the last decade.

As the Legislature decides how to respond, the question of Medicaid expansion now becomes front and center. Expanding Medicaid would allow Texas to draw down available federal funding that would help fund rural hospitals and grant access to care to millions of Texans. Now may also be the perfect time to expand Medicaid for Texas as the American Rescue Plan includes an incentive that would bump the federal match rate for Medicaid up by 5%, which would result in $5.02 billion coming into the state over the next two years, thanks to a provision added by U.S. Rep. Lizzie Fletcher (D-Houston).

Gov. Greg Abbott had already released a statement regarding the matter, “The State of Texas spent months negotiating this agreement with the federal government to ensure vital funds for hospitals, nursing homes, and mental health resources for Texans who are uninsured.”

He tweeted out Monday that he met with the Texas Health and Human Services Executive Commissioner Cecil Erwin Young to discuss the 1115 waiver and “other healthcare related issues.”

Additionally, Attorney General Ken Paxton has already vowed to take action on the matter and said he would “use every legal tool available to regain the assistance Texans need.”

Legislators in the lower chamber are debating the biennial budget Thursday and are likely to debate amendments to deal with this issue, including Medicaid expansion, giving legislative direction to re-submit the waiver, and supplementing the lost funding in 2022-2023. Aside from the budget, the Legislature could decide to put the question of Medicaid expansion to the voters by passing a referendum to be decided in November of this year.

With 69% of Texans supporting Medicaid expansion according to recent polling, it’s unclear what direction the Legislature will go as end-of-session bill deadlines draw near.

Hospital payments will continue through September, so Texas has until then to make a decision on how to receive this critical federal funding.

What Happens If the State Doesn’t Expand Medicaid?