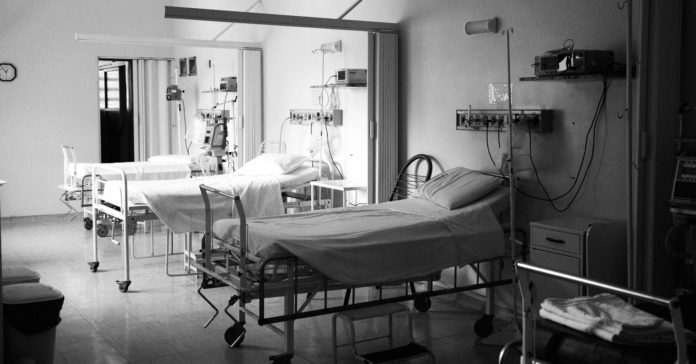 Over the last year, the coronavirus pandemic brought many issues to light. One issue that is extremely important to all Texans is healthcare and healthcare insurance. With over five-million citizens uninsured, representing 18.4% of the state’s population, Texas has the highest number of uninsured people in the nation at twice the national average. As these uninsured residents flood Texas hospitals due to COVID-19 and other health-related issues, there is an increase in the amount of uncompensated care that hospitals must bear.

One of the hardest hit segments of the state are the rural areas. Rural hospitals are on the decline in Texas. The closures in the state since 1960 have cut the number of rural hospitals in half – down from 300 to 158. In the last decade alone Texas has lost 22 rural hospitals, nearly a third of all rural hospital closures in the nation for the same period. According to the Texas Organization of Rural and Community Hospitals (TORCH), “Texas and much of the nation is in the grips of a rural hospital closure crisis. There are many reasons a hospital may close ranging from declining reimbursement levels, shrinking population, swelling uncompensated care, and increasing operating cost. Yet, our rural communities deserve to have good health care and hospital access. It is a crisis that needs to be fully addressed by the Texas Legislature and the Congress of the United States.”

The increase in Texas closures has been driven by $50 million a year in Medicare cuts starting in 2013 and an over $80 million a year underpayment by Texas Medicaid. To stem this tide in other parts of the nation, many states have expanded Medicaid under Affordable Care Act (ACA) provisions. While Texas is one of 12 states that have not expanded Medicaid, the state has received a waiver to receive some reimbursement (about 60 cents for every dollar spent) for both innovative practices and uncompensated care, but both provisions of the waiver run out by 2022.

The effect on allowing a lapse in Medicaid to occur would be dire for rural hospitals as many more of them may be forced to close due to uncompensated care. This would harm the particularly vulnerable populations in rural Texas, like those in poverty and the elderly. Angela King, CEO of Volunteers of America Texas said, “Volunteers of America serves over 500 seniors in rural housing communities in Texas. These folks are dependent on healthcare in their community hospitals. The availability of care for these low-income seniors often makes the difference in allowing them to live independently versus in a long-term care facility.” An expansion of Medicaid could help rural hospital avoid closures and continue to provide much needed care for these elderly residents.

But Medicaid expansion requires action by the Texas Legislature which meets every two-years. With the current waiver expiring in 2022, lawmakers must act during the 87th session in 2021 to avoid the loss of federal funds. Expansion is critical as statewide uncompensated care payments amounted to close to $4 billion in 2020. Some lawmakers are taking this potential budgetary loss seriously. State Senator Nathan Johnson has already filed a bill to implement the Live Well Texas Program (SB 117) which accesses Medicaid funds to insure over one-million currently uninsured Texans living in poverty and provides compensation of 90 cents for every dollar spent for healthcare providers.

The Texas Legislature only recently convened so it remains to be seen if the bill will gain traction. Whether they support this bill, Texas lawmakers would be wise to move forward with Medicaid expansion at the 90-10 compensation level in order offset state costs with available federal funds. While the expansion would require a financial commitment from the state, economists Dague, Fritz, Ho, and Perryman estimate that the “fiscal impact of implementing a federally funded expansion in Texas would be positive and in the range of $75 million to $125 million during the 2022-2023 Biennium.”

Aside from the increased financial benefit to the state, Texas has a moral responsibility to its poorest and most vulnerable residents. If uncompensated care goes away and more hospitals are forced to close, thousands of poor and elderly rural Texans could be at risk. Given this scenario, getting more money and providing care for over one-million more Texans seems like a good idea.