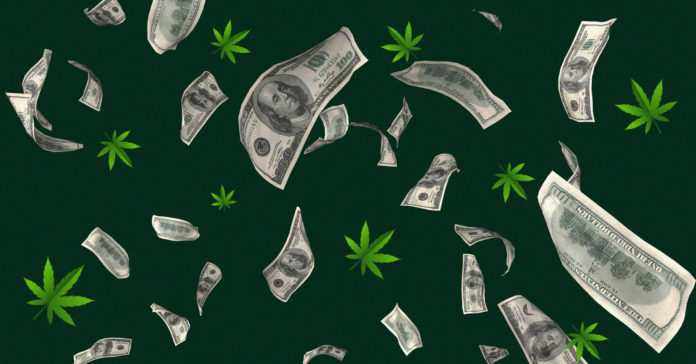 For months, advocates for greater access to cannabis in Texas have been looking at the expected massive budget shortfall and pointing out that the state could smoke (or oil or apply CBD-infused makeup) away the financial blues. However, when the numbers came in it appeared that Texas was not quite in the dire straits as feared. This has led to a small shift in messaging for the forces of legal weed in the state, who remain hopeful that progress can be made.

“A majority of Texans support legalizing to pay for schools, 64 percent,” says Jax Finkel, Executive Director of Texas NORML (National Organization for the Reform of Marijuana Laws). “We may not have a budgetary shortfall, but long term how are we going to pay for our public schools?”

To be clear, Texas is still seeing a massive budget shortfall, though the $1 billion deficit is far more modest than the $4.6 billion that was predicted. The long-term economic effects of the COVID-19 pandemic as well as the depressed price of oil have not been kind to tax revenue in the Lone Star State. Educators are worried that slashing school budgets will accelerate the already declining enrollment numbers. Introducing new industry like marijuana retail could still benefit the state.

“I don’t think it takes the wind out of the sails,” says Finkel. “When you look around us and seeing conservative states adopting retail markets, that’s what’s coming. Texas needs to figure out what it’s going to do about it. Are we going to just continue to not reap the rewards of that? It does change the perspective of urgency, though.”

For now, NORML has switched to what may be more fertile ground in their advocacy. Harnessing the nation’s recent move toward reforming the justice system, penalty reduction is top of their list now. Reducing the penalties of possessing cannabis to minor offenses keeps non-violent criminals out of jail and damning felonies off their records so that they can still obtain employment and housing.

Texas Republicans seem to be on board with the idea. Steve Toth (R-Spring) has filed HB 99, which would make possessing two ounces or less of cannabis a Class C misdemeanor, not an arrestable offense. The bill would also prevent people caught with that amount from having their driver licenses suspended, another factor of the outdated justice approach to drugs that makes low-level offenders unable to work.

This approach to keeping drug offenders off the criminal rolls and able to function in society is also the focus of another bill NORML is supporting, HB 441 by Erin Zwiener (D-Kyle). Her bill will allow for criminal records to be expunged after a 180 days if offenders pay a fine and complete court requirements.

“These tick a lot of boxes of what we want,” says Finkel.

NORML also plans to work on increasing access to medical marijuana for Texans and sees a lot of progress in that area. In 2018, Texas Republicans formally endorsed decriminalizing marijuana for medical use. The expansion of such use has been slow and at times frustrating. For instance, treating PTSD with cannabis is still prohibited in the state, a sore spot to medical use advocates.

There are nine separate bills pending in the Texas legislature relating to medical marijuana expansion. These include authorizing PTSD as a condition eligible for treatment, but also relates to allowing doctors more freedom to prescribe overall. The nit-picky nature of the fight now gives Finkel hope because it means that the issues are finally mainstream enough for discussions about the minutiae.

“I remember when legislators would laugh at patients,” she says. “That has totally changed, and it’s a serious conversation. I am positive and optimistic, but we have so much work to do.”