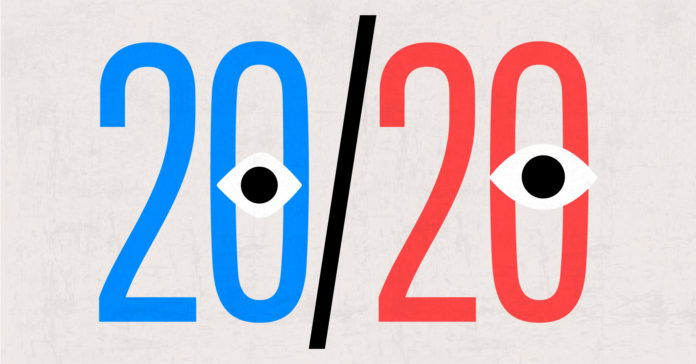 Texas Republicans have a history of sending out fundraising mailers disguised as legal documents in hopes of duping the unwary out of their cash, and in 2020 they are at it again with a mailer mimicking the look of the upcoming census.

Emblazoned with the phrase “2019 Congressional District Census,” the mailers were first reported on when Texas Standard producer/reporter Michael Marks received one at his home in 2019. Technically, the mailers are not fraud because the outer envelope does not contain the word “census” and a careful reading of the internal document says that it was commissioned by the Republican National Committee. Nonetheless, the mailer is misleading in appearance and might make recipients think that compliance with it is mandatory.

“At first glance it looks like a form that could be related to the census, it has all these different questions asking about personal information and your positions on various issues,” Marks told Texas Public Radio. “Once you start to read it, it’s clearly a political document.”

Despite some backlash, it’s clear that the RNC believes this to be a winning strategy. Other states have continued to see more and more of the misleading mailers, including Michigan. The RNC has stated that it has done nothing wrong and is not intentionally trying to look like the census. The fact that the documents capitalize Census rather than refer to it as simply a census suggests otherwise. Nonetheless, the United States Postal Inspection Service’s general counsel reviewed the documents in January and deemed them legal.

In fact, the RNC has tried this exact trick before. In 2010, they also sent out fundraising mailers mimicking the census in Montana and Georgia. The act was so egregious that Congress actually passed a law against this sort of thing, the Prevent Deceptive Census Look Alike Mailings Act. The law is fairly weak, though, and by keeping the word census off the outer envelope the latest mailers do not violate it. Rep. Carolyn Maloney (D-N.Y.) has already filed new legislation, the Prevent Deceptive Census Look Alike Mailings Act, that would ban the word census from political mailers entirely.

Even if it passes, the GOP has already used similar deceptions. In 2018, Sen. Ted Cruz (R-Texas) pulled a similar stunt by using fundraising mailers disguised as legal summons. The outer envelope stated the letter was from Official Travis County Summons. The internal letter had a disclaimer that stated it was a political fundraising attempt instead of a legal document, thereby not technically violating federal election laws. The Cruz campaign confirmed that it sent around 50,000 of the documents.

The ethics of duping Texans with misleading documents aside, there is real worry that hijacking the census with fundraiser mailers might depress participation in the upcoming survey. Undercounting in the state costs roughly $3 billion for every percentage point missed, and the Texas GOP-led legislature has not passed any new bills to fund census taking.

“This political mailer is very misleading and deceptive,” said Houston poll worker Joy Davis. “It’s also asking people to pay a fee in order to process the document. This could potentially impact the amount of federal dollars that are distributed to our communities. People who may have filled out the fake census may not actually complete the actual Census when it is mailed. Why is the GOP sending fake census forms to voters in envelopes marked as official documents? I want to say I am surprised, but I am not. Shame on them for their deceptive tactics.”