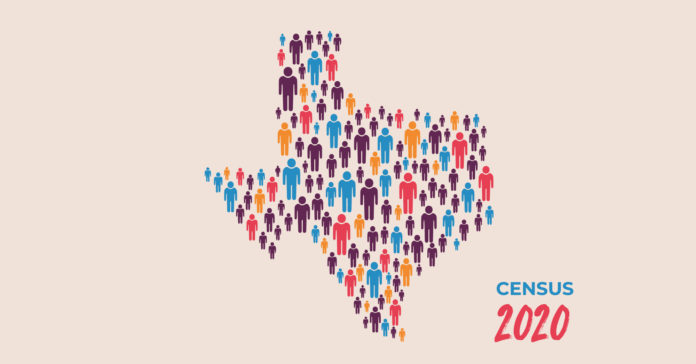 This year is not only a monumentally important election year, it’s also when one of America’s most sacred constitutional duties is carried out. The United States Census happens every ten years and is used to determine a number of critical factors. In addition to providing the government with important data on the population, it is used to determine how many seats in the House of Representatives each state is allotted, as well as the number of Electoral College votes it gets in each election (the latter will not affect this election in November).

That’s big news for a growing Texas, which is slated to add three seats at a time when the state is becoming regarded as a key swing vote.

That said, a lot of people fear and distrust the census. There is a general anti-government sentiment that the process is invasive and possibly being used for sinister purposes. For instance, before the last census a popular conspiracy theory promoted on InfoWars was that the workers using GPS-enabled handheld computers would be used to mark dissidents’ locations so they could be targeted by drone strikes or perhaps rounded up by President Obama’s secret police.

A less unhinged fear of the process is that Americans of Latin heritage fear the census might be used to round up and deport immigrants. This fear came to light after the Trump Administration said it planned to include a question about citizenship on the census. That move was ultimately defeated in a lawsuit that went all the way to the Supreme Court, but the Department of Homeland Security recently announced that it would provide citizenship information to the census. In the current, heavily anti-immigrant environment it’s no wonder that polls have shown some distrust in the process.

Unfortunately, the Texas government has not exactly gone out of its way to ensure a smooth census by alleviating fears or even adequately preparing for the enormous task. In the last legislative session, several bills that would have brought the state in line with other states preparing for the census were defeated, and now there will be no time before the process starts.

Texas Counts, an organization dedicated to improving the census, has some dire predictions about the process. They estimate that a quarter of Texans live in neighborhoods that are hard to poll, which usually means they are in remote locations with poor access or involve populations that are more reticent to interact with the government or are homeless. Their estimates also show as much as a one percent undercount in the census could cost the state $300 million in federal funding that is tied to the count.

Despite the actions of the legislature, it appears that Governor Greg Abbot has mobilized some efforts to improve the process.

In a statement sent to CBS Austin his office announced, “Governor Abbott chose Secretary of State Ruth Hughs to spearhead 2020 census efforts in Texas. Her mission is to ensure an accurate count in the upcoming census. To achieve that goal, the Secretary of State’s team is coordinating with state and federal agencies and working to ensure that Texas will enhance participation in the census process. The Governor’s office is working closely with Secretary Hughs to ensure every Texan is counted.”

For now, though, it appears most of the outreach work trying to get an accurate census count has been outsourced to nonprofits and local governments. Groups like Texas Counts are taking the lead and are partnered with many local governments to make a difference where the census is concerned. The total price tag for another undercounted census could be as high as $3 billion, in addition to the loss of possible congressional seats. In 2010, in which Texas also failed to allocate sufficient state funds for the census, undercounting led to caps on many social programs aimed at children. Whatever a person’s political alignment might be, the census is an important function of society that in Texas is going to rely on individual citizens pitching in.