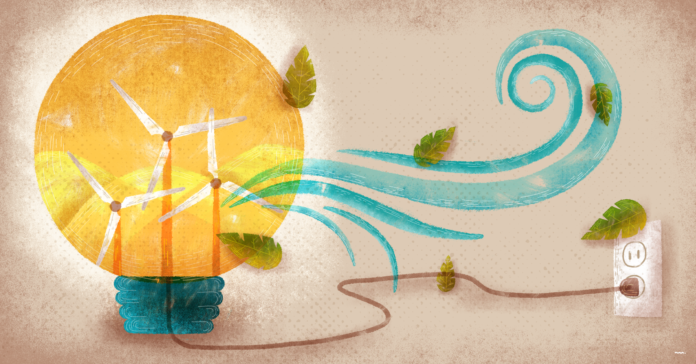 Renewable energy is one of the key components in fighting the progression of climate change caused by manmade sources. Despite its legendary status as a fossil fuel producer, Texas is making incredible strides to meet the demand for clean energy produced by wind and solar.

Wind power has been booming in the state. The Electric Reliability Council of Texas (ERCOT) reported recently that the state’s production of wind energy surpassed that of coal energy for the first time ever. Granted, it is by a tiny amount. Just 21.78 percent of the state’s power in 2019 was wind, barely topping the 21.37 percent generated by coal.

Still, it is a milestone that is indicative of the changes Texas has made to its energy plans over the last several years. According to the U.S. Energy Information Administration, Texas produces more wind energy than any other state, and the ERCOT says that if all the new wind-producing projects currently under review are approved, Texas would double its output in that regard. By contrast, no new coal plants in Texas have been approved yet.

Employment demand for wind jobs has been growing as well. Wind turbine technicians are slated to be in high demand in Texas through 2026 according to the Projections Managing Partnership using numbers from the Bureau of Labor Statistics. In 2017, wind power directly and indirectly supported 25,000 jobs, and there are 45 manufacturing facilities for wind technology in the state. All in all, Texas has spent $42 billion on energy, including over 12,000 turbines across the state. Meanwhile, coal jobs in Texas have been steadily declining. The 700-megawatt Oklaunion plant near Vernon, Texas is scheduled to close before November of this year, as it found it could not compete in the Texas market and make money. It’s the latest of at least five plants that have recently shuttered or announced they would be closing.

Though the state’s blossoming wind industry is certainly good news for addressing climate change, it is not without controversy. For starters, it’s likely that coal will trend back over wind at least occasionally for the next few years. Wind production in Texas was helped in 2019 by the incredibly mild weather the state enjoyed, but as the brutal Texas summer approaches, coal will still be powering a lot of air conditioners.

Wind’s environmental impact might be better than coal, but it isn’t universally positive. Harvard researchers looked at satellite data, including from North Texas wind farms, and showed that the presence of turbines could still raise the temperature of the surface of the Earth in the continental United States by 0.24 degrees Celsius thanks to the mixing of temperatures caused by the moving turbines. Granted, their project requires about a third of the country’s surface to be covered in turbines to generate such a scenario, but the study also shows localized warming around wind farms. It is possible that wind energy will have unforeseen consequences in the fight against climate change.

Overall, the state has embraced its new identity as a haven for wind energy production, but there have been some significant attempts to curtail the industry’s growth. In 2018, two large proposed wind farms near Clay County found their progress halted after Dallas oil investor John Greer mounted a massive anti-wind campaign. Aided by the fighter pilots from nearby Sheppard Air Force Base who complained the wind farm would interfere in training exercises, Greer successfully impeded the farm. Various legislation was passed or proposed, such as mandating wind farms consult the military before plugging in to the electric grid, as well as stripping wind farms of tax subsidies if they were near bases. At the national level, Senator John Cornyn proposed similar measures, though they ultimately went nowhere. Fossil fuel producers can see the swing of the state away from them as energy sources and continue to fight to hold their share of the Texas energy pie.