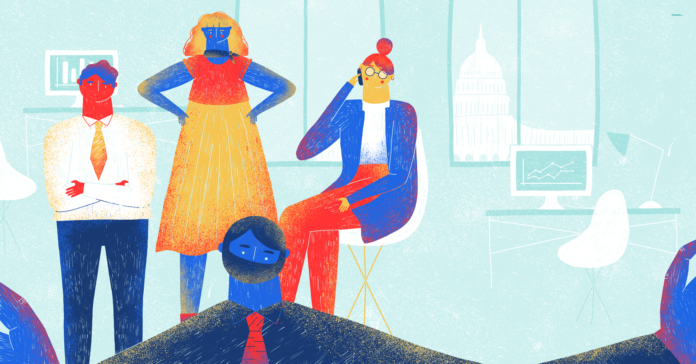 Generational division has long been an issue in American politics. However, more recently, Texas has seen a demographic shift in the age of its candidates. More Millennial and Generation Z candidates, 18 to 39 years of age, have begun running for state and national seats in Texas.

Millennials and Generation Z, to borrow a phrase from Franklin Roosevelt, are generations to whom little has been given, but of whom much is expected. Hundreds of young Texans are encumbered by student loans and credit-card debt while facing a job market with stagnant pay.

However, Texas may be witnessing a political shift in its demographic makeup as a younger, more demographically representative generation of political hopefuls toss their hats into the political arena.

Democratic candidate and senior at Texas A&M University Raza Rahman is one example. The 21-year-old candidate spoke with Reform Austin on his decision to run.

“I felt that there was a significant voice missing in the state legislature,” said Rahman. “The 20 to 34 age group in Texas makes up about 30 percent of our adult population, but only three percent of the state house falls within that range, which is actually only made up by one representative.”

“It has come to the point where we are tired of not being able to control the future that we are living in.”

Rahman’s sentiments echo the observations of University of Houston professor Dr. Brandon Rottinghaus, who pointed toward an ideological rift within the parties that has encouraged younger candidates to run for political office.

“There are large divides in where millenials are versus where older generations are [politically],” said Rottinghaus. “While incumbents and the older generations certainly care about these [millennial] issues, it’s an emphasis question for those who are younger and running for office.”

This year, a number of younger candidates are coming forward.

Jessica Cisneros, a 26-year-old immigration attorney, is one such example. Her more progressive viewpoint challenges the established democratic position in Texas’ 28th Congressional District and reflects that of a younger democratic generation.

Today, there are very few Texas representatives who belong to the Millennial generation. The youngest seated member of the Texas Legislature, by far, is 30-year-old Rep. James Talarico (D-Round Rock).

However, in a state where the median age is 34.9, the absence of millennials from the Texas Legislature is clear when one considers that Texas is the third-youngest state in the country, behind only Alaska and Utah.

With the number of young people voting in the electorate increasing, and Texas’ median age growing younger, it is a matter of time before Texas representation reflects this.

As Rottinghaus told Reform Austin, “we are in a revolutionary moment in politics that young people are harnessing and using to their advantage,” which is similar to the late 1960s and early 1970s.

Texas may soon begin to see the ground moving beneath its feet.