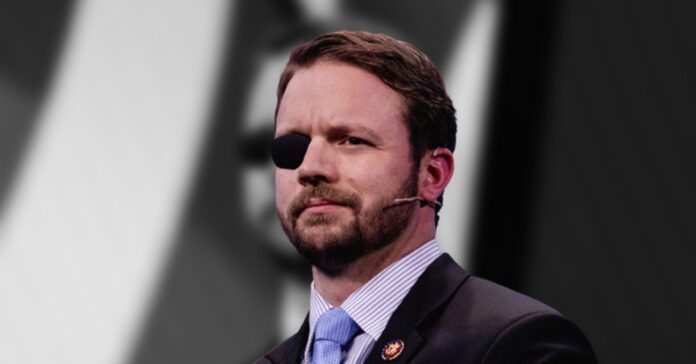 Texas Republican Dan Crenshaw is a powerhouse when it comes to fundraising in Congress. The two-term incumbent has situated himself amongst the biggest fundraisers on Capitol Hill, raising nearly $11 million in just over a year.

Crenshaw’s $11 million is the third-highest total for the 435 members of the U.S. House. Only House Speaker Nancy Pelosi and Republican Leader Kevin McCarthy have raised more, according to Federal Election Commission records.

His campaign pledges to help elect more Republicans to Congress to take control from House Speaker Nancy Pelosi and the Democrats, as reported by The Houston Chronicle.

Crenshaw, who is seeking a third term in the House this year, doesn’t really need money for his own re-election, thanks to partisan redistricting. Thousands of voters just west of downtown Houston were removed and replaced by 380,000 Montgomery County residents to make it a rock-solid GOP.

Crenshaw’s mission is to grow the party, not just in Congress, but beyond. This is why he has sent hundreds of thousands of dollars to other campaigns, local Republican groups, and political causes.

“I try not to be selfish with the money I raise,” Crenshaw said. “I spend my time and resources helping quality Republicans keep their seats or flip Democrat seats across the country.”

So far, his political action committee called America Reloaded has doled out more than $200,000 to 42 candidates in 17 states, helping U.S. Senate and House candidates, Texas House candidates, county judge candidates, and school board members, as reported by The Houston Chronicle.

It appears Crenshaw is reviving the reloaded theme, which was a series of movie-trailer-like videos where he plays the part of a military leader recruiting a band of GOP soldiers to get into Congress.

This year, it helped Republicans Wesley Hunt and Morgan Luttrell win their congressional primaries in Harris and Montgomery counties.

Brandon Rottinghaus, a University of Houston political science professor, believes there is more to what Crenshaw is doing than just being charitable.

His spending and ability to raise millions of dollars, even when he doesn’t have a competitive re-election, is only fueling his options to run for higher office someday.

“The best way to move up in leadership in Congress is to be a hub for political funds,” Rottinghaus said.