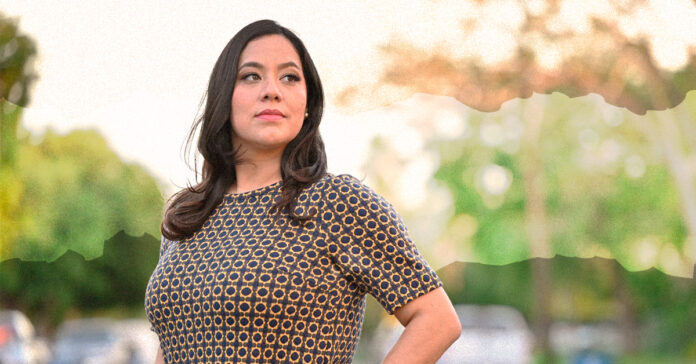 With Texas Attorney General Ken Paxton facing a tough re-election thanks to his myriad of legal scandals, the Democratic side of the fight is starting to unite around his most likely opponent, former ACLU lawyer Rochelle Garza.

The chance to topple an embattled Republican drew a wide field of candidates to the Democratic primary. Besides Garza, the field included former Galveston mayor Joe Jaworski, civil right lawyer Lee Merritt, and former Harris County Judge Mike Fields. Garza by far won the most votes in the primary, but at only 43 percent still fell far short of the threshold needed to secure the nomination outright.

That said, she has almost immediately united her former opponents behind her. Fields, who finished in fourth place, ended his campaign last week and asked that the rest follow his lead to anoint Garza. This week, Merritt followed suit.

“She has demonstrated that she can run a campaign that can energize our base, that reflects the diversity of our party,” Merritt said in a press conference in Houston. “She and I had a conversation yesterday about my plans to join her on the campaign trail to encourage young progressive voters to get engaged in the process. “When I got into the race, Rochelle Garza wasn’t in it,” he said. “She represents a young, progressive, forward-thinking advocate that I wouldn’t have joined the race if I thought she was in it. So even if we were to come out ahead, I would encourage the parties to get behind Rochelle Garza and focus on actually flipping that office.”

That leaves only second place-finisher Jaworski between Garza and the general election. Thus far, the former mayor has made no mention of dropping out of the race. His latest statements are a universal condemnation of Paxton, specifically the attorney general’s attempts to keep extreme right-wing propaganda network One American New on DirectTV and the decision of the Texas Bar to move forward with disciplinary action against Paxton.

The results of the election are currently under something of a cloud. Around 6,000 Democratic mail-in ballots were rejected under the new confusing voter suppression laws. As we reported in January, the new rules involve strictly adhering to new guidelines when filling out mail-in ballots, with any mistake leading to legally cast votes being flagged as fraudulent. Since mail-in ballots are currently more popular with Texas Democrats than Republicans, it as hypothesized that the new guidelines were an intentional attempt to lower Democratic turnout. That appears to have come true.

None of the Democratic candidates have indicated that the missing ballots would likely have changed the outcome of their races, but concerns are mounting that the general election could be affected. Texas has not had a Democratic Attorney General since the 1990s, and even with Paxton’s legal woes, he remains the favorite if he should win his own runoff. A close race could well be determined by 6,000 votes. Luckily, with her former opponents so quick to back her, Garza has a wealth of support on her side to help guide voters through the hurdles to victory.