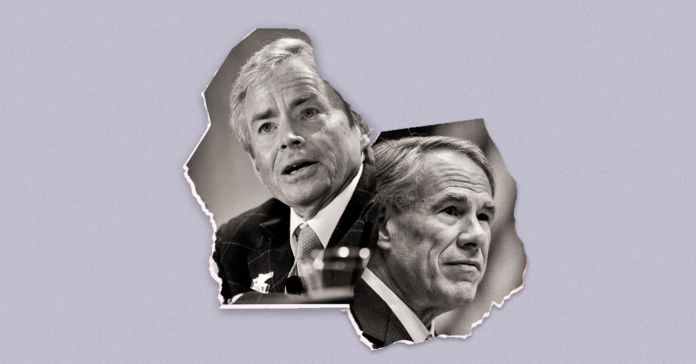 Former state Sen. Don Huffines announced on Monday morning that he was ready to challenge Gov. Greg Abbott for the governorship in the upcoming GOP primaries.

“I am running for governor because I love Texas and am determined to solve the critical problems that have been neglected for too long,” Huffines said. “Texas deserves actual Republican leadership that will act urgently and decisively — no more excuses or lies,”  said Huffines in a statement.

In past interviews, the Dallas native has made it clear he’s not a fan of Gov. Abbot, “He showed extremely poor leadership in the whole process,” Huffines said, referring to the way Abbott handled the pandemic. He even participated in an anti-Abbott protest outside the Governor’s Mansion last fall.

Huffines formerly represented District 16 in the state Senate. He lost his seat after just one term to Democrat Nathan Johnson.

Huffines’s present remarks didn’t directly mention Abbott, but he did talk about “politicians who offer nothing but excuses and lies” and promised to take on the “entrenched elites of the Austin swamp.”

On his Twitter post, he referred to himself as an “Actual Republican” and promised to finish the border wall, lower taxes, and protect elections.