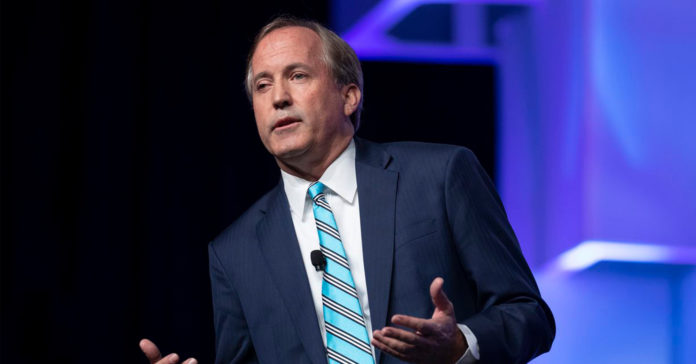 The lawsuit, which was first reported by the Houston Chronicle, claims Hollins’ actions “will create confusion and facilitate fraud.” Paxton argues further that Hollins is exceeding his statutory authority by sending the mail ballot applications irrespective of whether any given voter requested an application or even qualified to vote by mail.

Hollins is also being sued by ultra-conservative Steve Hotze, the Harris County Republican Party and GOP judicial candidate Sharon Hemphill, who have bypassed the lower courts and requested an order directly from the Texas Supreme Court.

On Friday, Texas Secretary of State Ruth Hughes gave Hollins a Monday deadline to halt his plan, which he indicated he had no intention of honoring.

Harris County’s vote-by-mail outreach, perhaps the largest in the state, seeks to send mail ballot applications to all 2.4 million of the county’s registered voters. The Democratic-controlled county leadership has allocated $29 million to the November election.

Texas Republicans have been fighting tooth and nail for months to prevent increased voting by mail this fall while at the same time urging their own voters to utilize the option. Even President Donald Trump will be voting by mail.

In Texas, you are eligible to vote by mail if you are 65 or older, disabled or will be absent from your home county during early voting and on Election Day. It is up to each individual voter to decide whether they have a disability. The local election supervisor does not have a responsibility to query voters.