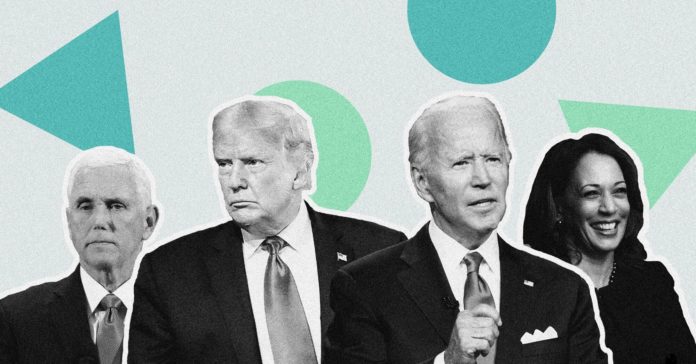 Besides celebrating workers and enjoying cookouts with friends and family, Labor Day marks the traditional kickoff of the general election campaign season and the ramp up of get-out-the-vote measures.

But those traditions could be different this year with the pandemic stifling big get-togethers and disrupting the way campaigning has historically been carried out. Campaign rallies with large crowds and volunteers going door-to-door to stump for candidates may be off-limits this year, especially for Democrats, but that doesn’t mean there won’t be vitriol.

“The only thing saving this from being the nastiest race in American history is that the pandemic has shifted priorities and divided attention from politics,” said Brandon J. Rottinhaus, professor and Pauline Yelderman Endowed Chair of political science at the University of Houston. “But this is the most important election in most people’s lifetimes considering the radical divergence of ideology and policy resulting from one or the other side winning.

“Voters will show up to vote in numbers, virus or no,” he said.

Bus or No Bus

Email and mailers, digital platforms such as social media and online get-togethers, and radio and television advertising will dominate the campaign landscape this year for candidates up and down the ballot, according to experts.

But there will also be in-person campaigning by Republicans and some, but more limited, for Democrats.

As the presidential race has tightened in Texas between President Donald Trump and Democratic nominee Joe Biden, the Trump campaign, led by Texas Lt. Gov. Dan Patrick, launched a statewide bus tour ahead of the Labor Day weekend to rally support for the president and remind voters that Texas is still firmly in the grip of Republicans.

Patrick told a gathering, “we are absolutely 100% confident that President Donald Trump will carry Texas,” and “solidly” so.

But with demographics shifting in their favor, Texas Democrats have moved the state into a battleground territory and have formed a super PAC to help Biden become the first Democratic presidential contender to win the state since Jimmy Carter won in 1976.

Trump defeated Hillary Clinton by 9 percentage points in 2016, but the 2018 statewide race between U.S. Sen. Ted Cruz and Democrat Beto O’Rourke narrowed the margin to 2.56 percentage points, putting the possibility of a 2020 Democratic victory within striking distance.

With the polls showing Trump and Biden neck-in-neck in the polls, Biden has several small in-person meet-and-greet campaign events planned in strategic battleground states after Labor Day, both to interact with voters and in response to Trump’s criticism that he has been hiding in his basement.

Other Republicans are also taking heed of Democrats nipping at their heels. U.S. Sen. John Cornyn travelled across the state recently to meet with constituents and showcase his recent accomplishments as polls show that Democratic challenger MJ Hegar, a retired Air Force pilot, has reduced his lead to single digits.

Because of the pandemic, the Hegar campaign announced it has suspended in-person events.

“We’re creatively adapting to the new landscape,” her campaign announced in a statement. “We’ve transitioned our organizing online, from phone and text banks, our Virtual Road Trip to our Organizing Bootcamp.”

Besides affecting campaign strategy, the pandemic is becoming a pivotal campaign issue for Texas Democrats hoping to win over voters in the presidential and U.S. Senate races as well as seven Congressional seats held by Republicans that they are targeting to expand their majority in the U.S. House.

Democrats will also be defending two Congressional seats they picked up in 2018 that Republicans are targeting to flip back this fall.

Democrats plan to use Texas Republicans’ response to the pandemic as part of their strategy to flip the Texas House ahead of redistricting next year, when a new electoral map is redrawn that they hope would be more favorable for them, experts say.

“The pandemic is going to play out as a political issue,” said Jim Riddlesperger, political science professor at Texas Christian University in Fort Worth. “Biden will have the opportunity to make the pandemic a campaign issue during the debates and to criticize Trump’s handling of it.”

In other races, challengers have begun using the Trump administration’s pandemic response as a cudgel against incumbents.

“Many of these competitive Congressional and state House races are in the suburbs, which are becoming more racially diverse,” Riddlesperger said. “An incumbent president is always an issue, and so his handling of the pandemic.”

Texas Democrats wasted no time lashing out at the Trump campaign’s Texas bus tour during the pandemic.

“Texas families are seeing the damage caused by the president,” said Texas Democratic Party Chair Gilberto Hinojosa. “They’ve had to bury loved ones via video conference calls. Texas families live with the doubt and uncertainty that this president has a plan for combatting, much less ending, this pandemic.”

And, in one high-profile Congressional race, Democrat Sima Ladjevardian has attacked her opponent, U.S. Rep. Dan Crenshaw, R-Houston, over his failure to take the pandemic seriously enough.

Texas Republicans are putting the focus of their campaign messaging on law and order and brandishing Democrats as “Socialists.”

“We lost 12 Republicans in the Texas State House in 2018,” Republican Party of Texas Chairman Allen West said in a statement. “The progressive Socialist left wants to take over the Texas House, and they only need nine seats to do so.”

“Redistricting happens in Texas after the 2020 election cycle, and Texas is poised to pick up at least two new U.S. Congressional districts,” West said. “ We do not want Democrat (Socialists) controlling our Texas legislative body and drawing our new lines of representation.”

As the campaign battle heats up, politicos agree on at least one matter – this is likely to be the most expensive election year in Texas history.

“Texas has five of the largest 15 cities in the U.S., and that means this state is the most expensive media market in the country, even more expensive than California,” Riddlesperger said.