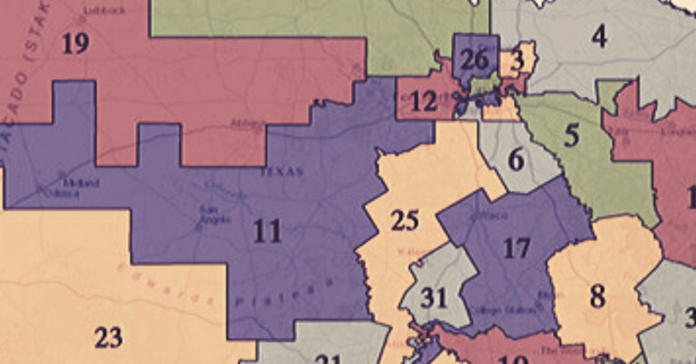 This is the mandate of all elected representatives. But what if the legislative member does not live in the district they represent? Is their constituency then comprised of the people in their district, or the representatives’ own political ambition?

Every election cycle, there are hopeful legislators running in districts where they don’t currently reside.

Most recently, Pierce Bush announced his bid for Texas’ 22nd Congressional District. The district is located in the southern perimeter of Houston, and includes areas of Sugarland, Pearland, League City, and Rosenberg.

Facing a crowded field of Congressional hopefuls, many were eager to point out that Bush, the grandson of former President George H.W. Bush, does not live in the district he hopes to represent.

It seems the retirement of seated representatives has piqued the interest of several hopeful candidates from outside of the district.

With the announcement of Rep. Mac Thornberry’s (R-Clarendon) retirement, the crowded Republican primary of Texas’ 13th Congressional District is also seeing candidates running that live outside the drawn district.

Of the 15 Republican candidates running to replace Thornberry, two have been accused of living in another district: Ronny L. Jackson, Navy Rear Admiral and Chief White House physician in 2018, and Chris Ekstrom, a Dallas businessman and president of Ekstrom properties.

Concern over candidates running in districts where they don’t live is nothing new. The most publicized case in recent history came after Brian Birdwell (R- Granbury), Retired US Army Officer, won the election for the Texas state Senate in 2010. The Texas Democratic Party challenged Birdwell’s win, stating he was ineligible for the seat due to the fact that in the 2006 election he had been registered to and voted in Virginia and moved to Granbury in 2007.

The Texas’ 5th Court of Appeals heard the case and ultimately sided with Birdwell.

As it stands, in Texas a candidate only has to live within the district they hope to represent one year prior to the date of the election in order to be considered a resident, thus making them eligible for office. And when it comes to U.S. representatives of the House, one only has to be 25 years old, a United States citizen, and live in the state they represent in order to run for any house district.

But running in a district without community knowledge and connections can be a gamble.

In light of the outside candidates running for his seat, Representative Mac Thornberry released a statement saying:

“While the law does not require a candidate for Congress to live in the district, common sense does. To be a true representative, our next Member of Congress should understand agriculture, energy, local contributions to national security, and have a deep understanding of us and our way of life.

“There are a number of good candidates who have a long history within the 13th District for the voters to consider. Voters deserve to know how well each candidate truly knows us and how they intend to represent the people who hire them.”