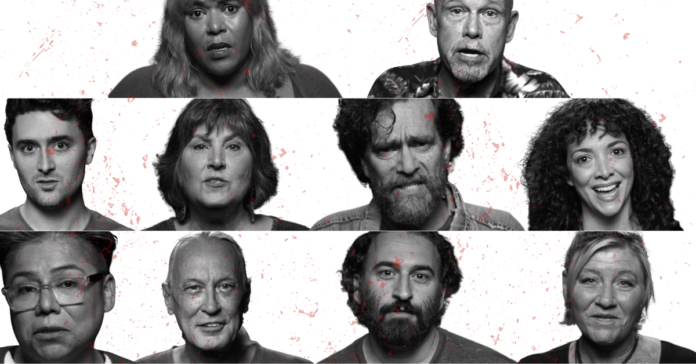 Mothers Against Greg Abbott released last Saturday a series of 31 videos directed by legendary filmmaker Richard Linklater. Linklater’s idea is to give 31 reasons to not vote for Abbott in the November election.

The campaign was published 31 days before the election and each of the videos addresses a day and a person that speaks; the main issues addressed in the black and white pieces are gun violence, women’s reproductive rights, racism, and inmigration.

For example, on Day 2, a woman criticized Abbott for now going to any of the funerals of the Uvalde victims. On Day 14, the protagonists say it is outrageous that men like Abbott think they can police women’s bodies and women’s decisions.  On Day 19 a man outlines the hypocrisy of Abbott’s policies that make purchasing a weapon easier for 18 year olds without permits or training while the state lives in a crisis of school shootings. On Day 28 a woman raises the question of why Texas is one the wealthiest places in the world and still has so many people living without healthcare. Finally, on Day 31 each of the participants described Greg Abbott in one word. The list of words includes soulless, embarrassing, opportunistic, mediocre, hypocrite, coward, selfish, dangerous, tyrant, cold, heartless, power-hungry, and incompetent.

You can watch the entire campaign on the MAGA Youtube Channel