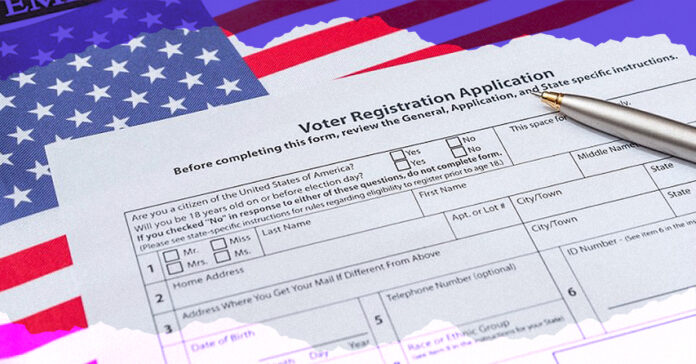 The Texas Primaries are just around the corner and unfortunately not everything is running smoothly at the polls.

Multiple concerns about “voter suppression” have been raised all over Texas, since the signing of the new election law which is said to violate the Civil Rights Act.

To top it all off the Texas Secretary of State’s office said that due to supply chain issues there is a paper shortage. That means the office will be handing out fewer voter registration forms to groups that help people get registered.

Jessica González, State Representative for Texas House District 104, posted on social media a letter addressed to the Texas Secretary Of State John B. Scott, where 40 Legislators raised concerns about the paper shortage and offered a helping hand.

“We are alarmed by recent reports that Texas is rationing voter registration applications for its citizens due to reported “supply chain” issues and an inability to access paper, which your office has cited in the press,” said the letter.

As the letter mentions, Texas is one of just eight states that still does not allow online voter registration, which leaves the voters with no option but paper. There is no alternative and countless voters may be unable to vote due to these shortages.

The Southern Legislators that signed the letter offer to help Texas with the “procurement of paper for the purpose of printing applications to register to vote.”
“The freedom to vote is the “wellspring of our democracy” that guarantees all other American freedoms. Texas election officials cannot cast aside this freedom because of an alleged paper shortage. Voters in Texas, and across the South, deserve better,” said the letter.