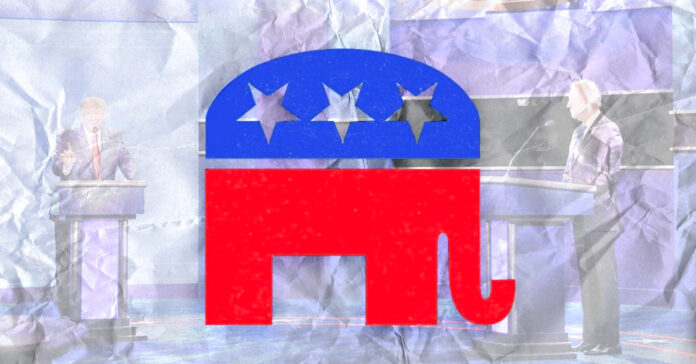 WASHINGTON, Jan 13 (Reuters) – The U.S. Republican Party on Thursday said its future presidential candidates might not participate in debates run by the Commission on Presidential Debates due to concerns about fairness, upending decades of tradition.

In a letter to the nonprofit commission known as the CPD, which has run presidential debates since 1988, Republican National Committee Chairwoman Ronna McDaniel said the party was considering amending its rules to ensure its candidates do not attend the debates because of concerns about “whether the CPD credibly can provide a fair and impartial forum for presidential debates.”

She said the party would try to help future Republican presidential nominees participate in debates that are organized more fairly.

It is unclear what format those debates would take or whether they would take place as often as in recent decades. Prior to the debate commission’s founding in 1987, political parties or campaigns negotiated directly on the terms of debates.

The looming schism comes as U.S. political divisions have grown deeper and the possibility of fewer debates could leave Americans with less access to unfiltered information about their aspiring leaders.

At the same time, Republicans have long accused the debate commission, which was founded to codify the debates as a permanent part of presidential elections, of being biased in favor of Democratic candidates.

Republicans are also concerned that the commission could hold its first debate for the 2024 presidential contest after the start of early voting, as it did in 2020, McDaniel said.

Last year, McDaniel and other party officials asked the commission to agree to changes in how it conducts its business and how the debates were held. McDaniel said Republicans also want the commission to adopt term limits for its board of directors.

The RNC rule change could be made official at a party meeting in Salt Lake City in February, McDaniel said. (Reporting by Jason Lange in Washington and Kanishka Singh in Bengaluru; Editing by Scott Malone, Alistair Bell, Aurora Ellis and Jonathan Oatis)