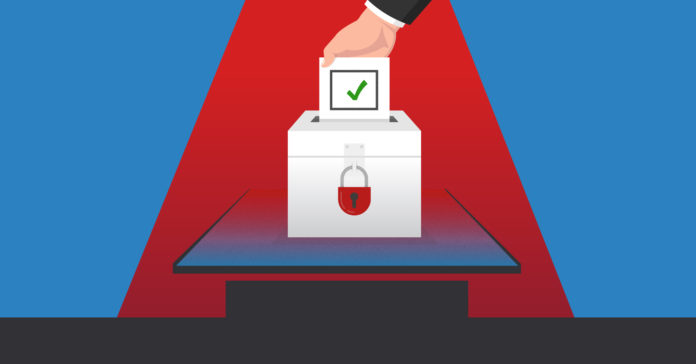 This election season, intelligence officials and analysts security have warned about expected attempts to interfere in U.S. elections by Russian State Security Services, Chinese Intelligence, and Iranian hackers — the latter becoming more of a concern in the wake of the Gen. Qassem Soleimani assassination.

Experts believe these countries’ intelligence communities are capable of infiltrating, penetrating and subverting American electronic/digital society, as Russian interference in the 2016 election proved.

States caught asleep at the polling booth this year risk a slate of election disasters. And the proverbial elephant — or donkey — in the elections discussion room has centered on the best voting method: paper or paperless? But that’s not the only question to be answered for those worried about interference in what is likely to be a consequential election year.

Concerned Texans might wonder: what is the state doing about safeguarding the 2020 vote?

In 2018, the federal government allocated $380 million via grants for state and local elections. The funds were for the enhancement of election security protocols. Last month, Congress approved an additional $425 million.

Val Verde County, along the Rio Grande, hasn’t seen any of that funding.

“The Secretary of State had been given a lot of money from the feds and so we figured — wrong assumption — that it would somehow trickle down to us,” said Val Verde County Clerk Janie Gracia-Ramon in an interview with Reform Austin.

The county has been using the same election equipment since 2004 and would like to upgrade. But Gracia-Ramon said they aren’t too worried about cybersecurity threats. Their machines aren’t connected to the internet and they developed an effective protocol that has been in place for quite a while.

Politico stated in a recent article that major election security issues plague Texas. Gracia-Ramon believes the Texas Secretary of State has been very helpful and has done a good job of getting in front of potential cybersecurity threats.

“The Secretary of State’s election division has really been on top of this security issue,” said Cinde Weatherby, voting rights and election law issues chair for the League of Women Voters of Texas, in a phone interview with Reform Austin. “We may argue with them about things from time to time, but in this instance, the director of the elections division, Keith Ingram, is very well educated on the subject. Really plugged into developing a good audit system for all the counties.”

A bill that would require paper ballots stalled in the last legislative session, as reported by Politico, but many counties are seeking to convert to paper systems.

More than 100 Texas counties have purchased new voting equipment since 2016 and “it is worth noting that counties have trended towards purchasing paper-based voting systems, and our office anticipates the majority of Texas voters to be on paper based voting systems by the 2020 general election,” wrote Stephen Chang, director of communications for the Office of the Secretary of State, in an email statement sent to Reform Austin.

According to Politico, officials in 69 counties indicated they were retaining paperless machines — whether keeping old machines or purchasing new ones — and several counties would not be upgrading until the legislature mandates it.

Election Systems & Software — which Val Verde County uses — has declared that it will cease selling paperless electronic systems as the main voting machine in any jurisdiction, and is urging the required use of paper ballots and the implementation of higher security standards, according to reporting in Ars Technica.

Ars Technica further noted that states are shifting to voter-marked, optical-scan ballots which can be counted by machine or hand, in case of accusations of machine-count inaccuracies.

Weatherby doesn’t feel that paper-based or paperless machines are really at risk.

“Most election equipment is not connected to the internet in any way,” she said. “In the past, there have been some instances where some of the equipment providers have programmed equipment using some sort of internet connection, but that is being consistently eliminated.”

Despite the 2019 ransomware attacks that wreaked havoc on the services of small Texas municipalities, there is optimism that security in the 2020 elections won’t be compromised by state-sponsored cyber-terrorists or lone wolves.

“I think that we have a lot of confidence that things are moving in the right direction,” Weatherby assured.