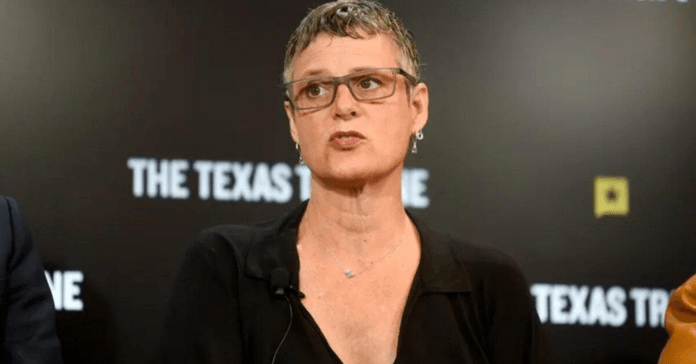 Former Travis County Judge Sarah Eckhardt will succeed former state Sen. Kirk Watson, D-Austin, in the Texas Senate after state Rep. Eddie Rodriguez said Monday he is dropping out of the race. Eckhardt and Rodriguez, both Democrats, were poised to face off in a special election runoff for the seat after the two finished first and second, respectively, in the six-way race on July 14.

After Rodriguez’s announcement, Eckhardt said she looked “forward to joining forces with him in the next session to advance our shared progressive values” for the community. Rodriguez congratulated Eckhardt on the race in an email he sent to supporters and said he is looking “forward to working with her to carve a progressive path forward for our shared community.”

Pressure had been building over the past several days for Rodriguez to end his bid for the Senate and instead focus his efforts in the House, where he has served since 2003. Eckhardt finished first in the six-way race for Senate District 14 on July 14 with 49.7% of the vote — just shy of winning outright. Rodriguez, meanwhile, received nearly 34% of the vote for the historically Democratic seat that covers Bastrop County and parts of Travis County.

In his email, Rodriguez emphasized the Democrats’ improving chances at flipping the lower chamber in November ahead of a “critical and historic [legislative] session” and said he looked forward to helping as a House member.

“For that reason, I have decided to forego the runoff for Senate and focus my efforts on winning a Democratic majority and promoting an aggressive, progressive agenda in the Texas House,” he wrote. “I will be working hard for District 51 and the entire state, pushing a policy agenda that includes strong public schools, increased access to health care, gun violence prevention, meaningful criminal justice reform and policies that respect the dignity of every Texan. And to help ensure the success of that agenda, I will redouble my longtime efforts to help Texas elect more legislators of color.

Some Eckhardt supporters and Capitol observers argued that Rodriguez was better off helping Democrats gain control of the House, which they are effectively nine seats away from doing, instead of focusing his energy and money on a Senate bid that Eckhardt nearly won outright earlier this month. There were also questions about the timing of a special election runoff and how that could impact Rodriguez’s seat in the House if he were to win the Senate race. Such a vacancy during a legislative session, some argued, could have implications if there is a slim margin between Democrats and Republicans next year.

Rodriguez faced a Thursday evening deadline to decide whether to stay in the runoff. Under state law, candidates who qualify for runoffs have until 5 p.m. on the third day after the canvass to withdraw. Gov. Greg Abbott is set to to canvass the results of the July 14 special election on Monday afternoon.

Patrick Svitek contributed to this report.