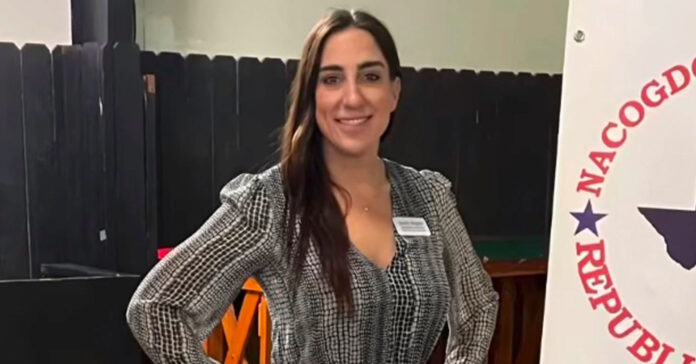 The campaign for Railroad Commission just got as riveting as Sarah Stogner, The semi-nude Unicorn attorney, forced conservative incumbent Wayne Christian to a runoff.

Christian secured 47.1% of the votes, failing to stay above the threshold needed to avoid a runoff, while Stogner received 15.2%. They will face each other in a heated runoff election on May 24.

The Railroad Commission campaign isn’t always this popular, however, a series of unexpected events have caught Texans’ eyes.

While Stogner flaunted her assets via social media posing half-naked atop an oil pump jack, her opponent Christian was facing corruption allegations.

After approving a permit for an oil field waste dump facility – against recommendations – Christian conveniently accepted a $100,000 campaign donation from the same company he granted the permit to.

And then, another candidate, Marvin “Sarge” Summers, died in early February on the campaign trail when his vehicle unexpectedly collided with a tanker truck in Midland.

Stogner, an oil and gas attorney, is determined to overthrow her “boomer” counterpart who only gives Texans “empty sound bites.”

“We need someone with oilfield experience overseeing the industry who isn’t bought and paid for,” Stogner told the Tribune.

She also prides herself on not accepting any campaign contributions. Getting creative, Stogner boosted her campaign via a TikTok account, dedicated to attracting attention to leaking oil wells near her home in West Texas.

Days before the March primary elections, she posted on her account a video where she starred semi-nude. With a caption that said: “They said I needed money. I have other assets.”

Her video gained her enough traction to continue her fight in the upcoming May primary elections.

When asked Stogner has said she has no regrets and is celebrating her first win.

In a video she posted on social media, she drags Christian through the mud for spending so much money on a campaign when all she needed were two five-dollar pasties.

“Question to ponder this weekend: What runs out first, my supply of pasties, or Wayne’s bribes?”