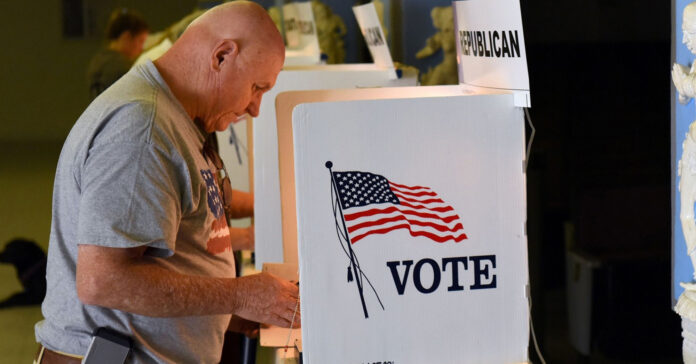 Thousands of Texans across the Lone Star State who attempted to cast their vote by mail for the March primary were alienated as ballot after ballot got rejected.

A significant spike in the rates of rejected mail-in ballots stemmed from Texas Republicans’ restrictive new voting law. In total, 27,000 mail ballots in Texas were flagged and thrown out, 23,000 of those due to SB1, according to an analysis by The Associated Press.

This significant spike in the rates of rejected mail-in ballots stemmed from Texas Republicans’ restrictive new voting law, SB1. Many voters were incapable of meeting the new ID requirements established, eyeing it as a hurdle in what was once a simple process.

The new law quickly backfired for Republicans, as their elections in counties big and small were also jeopardized with an abundant flow of rejected ballots.

In a typical election, rejected mail ballots are uncommon. In the 2020 general election, federal data showed that less than 1% of mail ballots statewide were rejected. When compared to the initial rejection rate for the 2022 Texas Primary, there is a 17% increase across 120 counties, according to figures obtained by AP.

In Texas’ largest county, around Houston, Harris County – where Administrator Isabel Longoria stepped down from her position after her office mishandled election week – about 20,000 mail-in ballots were rejected. Which accounts for about 25-30% of the total vote.

In Collin County, an astounding 14% of mail-in votes were tossed out.

Wilco and Travis county reported a similar rejection rate of around 11%. In Wilco, about 9.9% of rejected ballots were Democratic voters, while 13.8% were GOP primary voters.

In El Paso County, 16% of all ballots cast were officially rejected, that is a total of 725 votes.

As the Texas primary runoffs in May are getting closer, election officials are focusing on educating voters, so that this incident does not repeat itself.